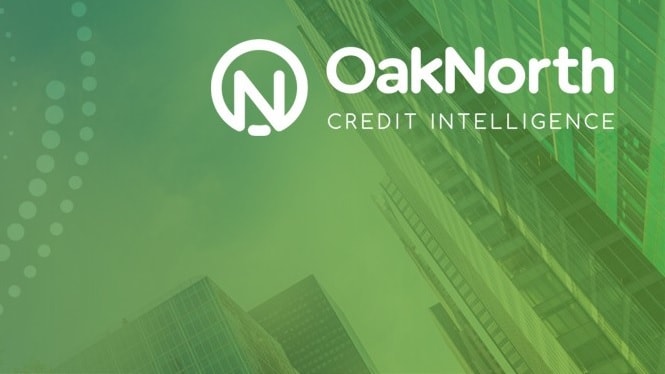 In 2005, OakNorth’s founders, Rishi Khosla and Joel Perlman, were looking for a working capital facility to support their growing business, Copal Partners, a financial research firm they’d founded three years previously. They approached numerous high-street banks and kept getting variations of the same response – “the computer says ‘No’”. Despite being a profitable business with strong cash flow and retained clients, none of the commercial banks were willing to lend to them. It was too small a ticket to offset the costs the bank would incur in doing a fundamental assessment of their business and structuring a finance facility for their needs. A few months later through one of their institutional client’s special situations desk, they managed to secure 100x the amount of debt for a dividend recap. So, an institutional division of a bank was able to support them, but the commercial lending part of the bank was not.

This experience stuck with them.

After they’d scaled Copal Partners to a 3,000-employee business and sold it to Moody’s Corporation (NYSE: MCO) in 2014, they set out to address the funding gap they had experienced first-hand and help growth businesses achieve their potential.

Rishi and Joel felt the solution lay in technology and wanted to first prove the proposition within their own bank in the UK – OakNorth Bank – which would leverage the software, the ON Credit Intelligence Suite, from day one.

Launched in September 2015, OakNorth Bank leverages ON Portfolio Insights and ON Credit Analysis to provide fast, flexible and accessible debt finance (from £500k to £45m) to the ‘Missing Middle’ – businesses who have the most significant impact on economic and employment growth.

Despite experiencing not one, but two unprecedented events (Brexit and the withdrawal process that followed, and COVID-19) in its fairly short history, OakNorth Bank has leveraged ON Portfolio Monitoring to lend several billion pounds to hundreds of businesses across the UK, profitably and without a single loan write-off.

In 2020, OakNorth Bank was ranked as the fastest-growing business in Europe by the Financial Times (FT 1000), and has performance metrics that place it amongst the top 1% of banks globally – an ROE of 23%, an efficiency ratio of 27%, and a borrower Net Promoter Score of 82. Its loans have directly helped with the creation of tens of thousands of new homes and jobs across the country, as well as adding several billion pounds of GDP to the economy.

Having proven the technology within its own bank, OakNorth is now licensing the software to other banks – primarily in the US – with public clients including: PNC, SMBC, Old National Bank, Customers Bank and NIBC.

Built over five years by a team of 250 credit scientists and software engineers, The ON Credit Intelligence Suite is a data-driven, cloud hosted technology that gives lenders a bottoms-up, granular, forward-looking view at both the borrower and portfolio level, based on expansive and dynamic data sets and sub-sector specific scenarios. It deploys automated, continuous analysis of multiple drivers across a borrower’s business, its peer group and the wider economy. This provides an independent, consistent, detailed framework that offers deep contextual insight and enables rapid underwriting, immediate stress-testing and more agile and targeted strategic lending.

There are three components to the ON Credit Intelligence Suite:

In other words, the technology enables banks to lend faster, lend smarter and lend more to the Missing Middle.

From a very young age, I always wanted to be an entrepreneur. Being passionate about styles helped me realise I wanted to start my...
Read more
OPINION

The Legal Service System accounts for USD $150 Billion in India. According to written replies submitted by the Ministry of Law & Justice in Parliament...
Read more
OPINION

7th April, every year, is celebrated as World Health Day. It is observed annually to create awareness about health and wellbeing and draws the attention...
Read more

Antony said that the UDF will decide about its chief minister after the assembly elections, the...
Read more

Bank Holidays List: Banks will be closed for not a whole 15 days in April, check here the complete list

Bank Holidays in April: A new financial year is starting from April 1. Private and public banks in India will be closed for a...
Read more

The Ministry of Defense said that the Indian Air Force took part in this air exercise...
Read more

The electric vehicle industry in India has developed a lot in the last six-seven years. According to the Society of Manufacturers of Electric Vehicles...
Read more

The group of unicorn startups in India having the net value of more than $1billion is continuously expanding. In the year 2019, almost seven...
Read more
Load more