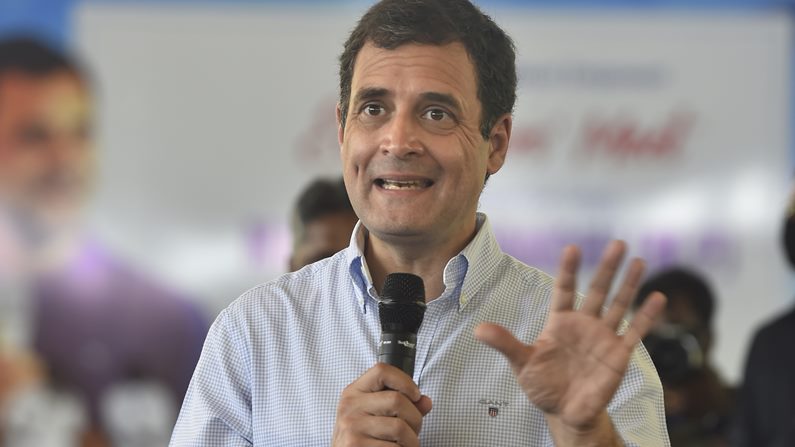 Rahul Gandhi said that the relationship in BJP only goes when you bow your head in front of Prime Minister Modi and Amit Shah.

Tamil Nadu Assembly Election (Tamil Nadu assembly elections) In view of the Congress MP Rahul Gandhi held a public rally in Chennai on Sunday. At the rally, Rahul Gandhi fiercely targeted Prime Minister Narendra Modi and Amit Shah. Rahul Gandhi said that the relationship in the BJP can only last if you keep touching the feet of the big leaders of the party. During this time, he said that he has seen Tamil Nadu Chief Minister E Palaniswami bending down in front of Prime Minister Narendra Modi and touching his feet and he does not like being forced to bow down like this.

Citing a picture, Rahul Gandhi accused the top leaders of the BJP and said that there is a possibility of relations going on in the BJP only when you bow your head in front of Prime Minister Modi and Amit Shah. He further said, “I have seen that Prime Minister Modi is controlling the Chief Minister of Tamil Nadu and calmly asking him to touch his feet.” Recently a junior Congress leader had joined the BJP and he brought a picture of meeting Amit Shah. I saw him touching Amit Shah’s feet. “

“Chief Minister himself is corrupt, that’s why he is bowing down”

He said, “I cannot accept this. However, the Chief Minister of Tamil Nadu (Tamil Nadu CM) of a state with such a big language and tradition has no need to bow to Amit Shah, but because he is also engaged in corruption, he is bowing to Amit Shah and PM Modi. Are forced to. This made me angry that the leaders are bowing down in front of these people and that is why I am here today. I want to build a relationship with Tamil people that is equal. “

“Tamil language is equally important for me ..”

During this, he also took a sarcasm about the language and said, “I do not want an India where one language is more cosmopolitan than another. Where one tradition is at the top of another tradition. For me, Tamil language is as important as other important languages. If I say that Tamil Nadu is India, then I also have to believe that India is Tamil Nadu. For me, an India where Tamil Nadu is forced to bow down is not India, it is something else. “