When he got a job in lockdown, he grew mustard forest in the forested ancestral land, earning 1 lakh 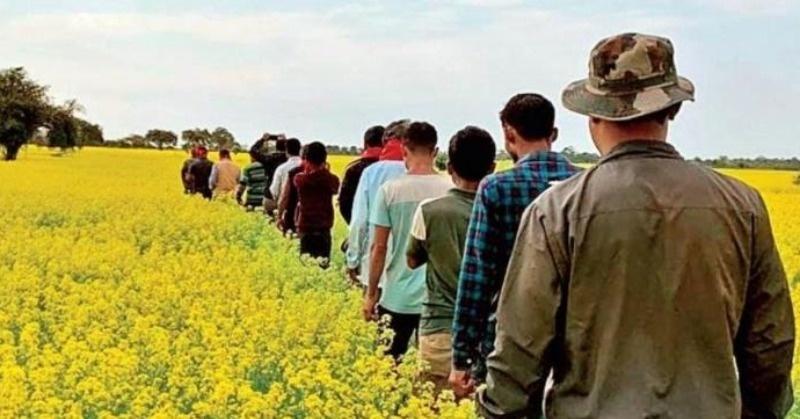 Many workers had to return to their villages and towns first due to corona, then lockdown and lack of work. A very large class of people working in the cities were returning home. They did not know what they would do after staying at home for so many months, how to feed the family and when the situation would be normal again?

Life has started becoming normal in the last 3-4 months. The threat of Corona is still there, but the fear of it is slowly diminishing. However, the work that people are coming back to this time has raised a ray of hope. They are trying to improve their villages/towns. like:

Some farmers in Assam rejuvenated 100 acres of barren land and have grown mustard forest here.

According to the news of The New Indian Express, 20 migrant labourers who came back to Assam in lockdown with the help of 30 more people The 100 acres of barren part of Maujuli island were made green by their hard work. The local people are very happy after growing the crop once again on this land of their ancestors settled on the banks of river Brahmaputra.

This crop will be harvested in January and each person will get a benefit of up to 1 lakh.

Those who worked hard in these fields are all 12th pass and usually work outside Assam. but, Once he came home in lockdown, instead of going back, he decided to work hard in his ancestral fields. The result of 4 months of hard work is now in front of everyone.

Dipankar Kutum, who works in Kottayam in Kerala, lost his job in lockdown. Like others, he was also worried about his future. He was asked by some villagers to try his hand at farming and this idea worked.

Like Sukansuti and Chataipur villages in Assam, such stories came out from many villages in India. As a person returning home in Uttarakhand started turmeric work. His work went so well that he no longer wants to go to the city. 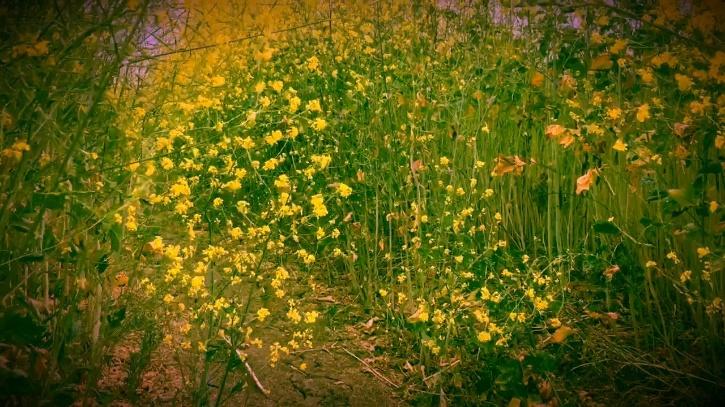 Dipankar also does not want to go back to Kerala. He said in a conversation with TNIE, “I am earning more than Kerala by living here, so why stay away from my family?” Like Dipankar, Pegu Kutum, who works in filling the oxygen cylinder in Calicut hospital, will also not go back to South India. “He was also saddened by the loss of job, but agriculture gave him a kind of life. Now he wants to live here.”

The idea of ​​getting migrant labourers to work was the local administration here. After the advice of the elders of the village, people invested 10 thousand rupees on their behalf and in this way, 5 lakh rupees were deposited for this plan. Work started in September and the result was visible after 3-4 months.

Lockdown and Corona snatched away from their livelihood from many people but it also gave employment opportunities to many. People started working in their own villages and now hardly these people will go back to the city. In his village, he is happy to live among his people, earning some money.

Read: 5 Worst Startup Ideas and 7 Ways to Make Sure Your Business Gets Funded

Previous ArticleBatla House scandal: From the heart-wrenching encounter in 2008 to the hanging of Ariz, what happened when?
Next Article Meet Punjab’s ‘Mushroom King’, Success achieved after 8 years