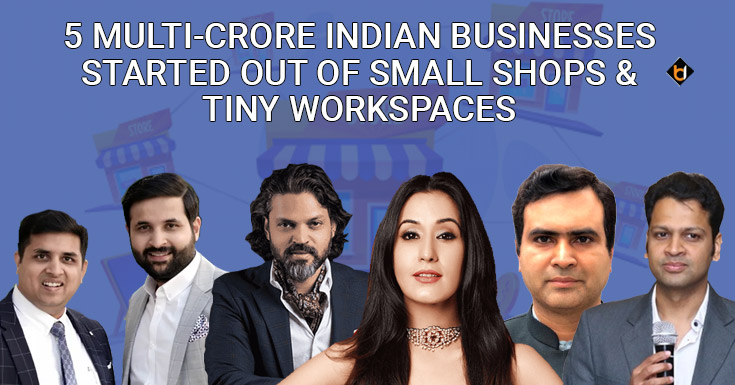 Not every individual can afford the luxury to have a big office in one of the best buildings in their country. The majority of the people in this world have to make most of what they got in their hands right at this moment.

If we go back in time and start doing our research, we are going to find that people who are wealthy and very successful today in this business world. In their past, they were barely making the end meets. They never had even 1% of the luxury they got right now back in the time when they were starting their business. They were not only struggling financially but also had to make so many sacrifices to reach where they are right now.

So today, we are talking about the 5 Multi-Crore Indian Businesses Started Out of Small Shops and Tiny Workspaces. I hope this article is going to be helpful to you to gather a little bit of information on those individuals and works as a motivation for you. 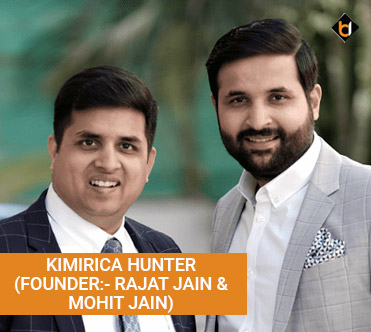 Krimica was launched by two brothers Mohit Jain and Rajat Jain, back in 2013. When both brothers started their business, it was in a small space, which was only one hundred square feet. They were drowning in debts and were barely making ends meet because of the shortage of cash flow in their life and business. You can say there was only one per cent chance their business might survive in this cutthroat world of business.

But both brothers had an idea which they thought can quickly become successful if they just gave it a try. The idea was they had seen in India every big hotel was using toiletries which were imported from the other countries. They thought, why don’t we start making our toiletries and begin selling them to the hotels? This way, hotels could save shipped product taxes to buy everything at a low price with good quality.

Their courage not only helped them to come out of debts, but their company Kimirica became one of the biggest names in India. A company that is selling toiletries to luxurious hotels all over India. Now Kimirica Hunter fortune is 300 crore, and they are selling their products at International hotels like Marriott, Starwood, Hilton, Jumeirah, Hyatt, and so many other big local and international hotels. 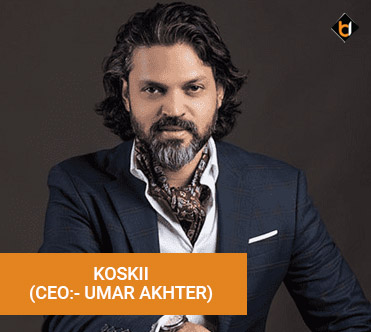 In Bengaluru, Chennai, there is a place named Kolar. That’s where the Umar father store was, which was really small in comparison to what they got now. When his father started the shop, it was called “Meena Bazaar.” Due to financial issues in their family, Omar’s father wanted him to stop studying; it was in their best interest to stop Umar’s studies when he was only 16 years old. But Umar convinced his father he can take care of the store as well as do his studies at the same time, and his father relented.

Umar was smart, and he graduated at the top of his class. He started doing jobs for big companies, but he wanted to expand his family business. So back in 2009, when he was in the USA, somebody was selling their store in Shivaji Nagar in Bengaluru, and Umar decided to buy it to expand his father’s saree business. After that, Umar never looked back and kept on opening the Meena Bazaar stores in different cities and places.

But when Umar started to realize that there are so many shops opening up with the same name, “Meena Bazaar.” He decided to take a big step, so back in 2016, when he was opening his shop in Jayanagar, he changed his shops and rebranded every “Meena Bazaar” shop to “Koskii.” After that, he never looked back, and their yearly company turnover was 35 crores, and he is trying to make his shop one of the best and expand it more. They are known for their beautiful lehengas, sarees, gowns, and fabrics. 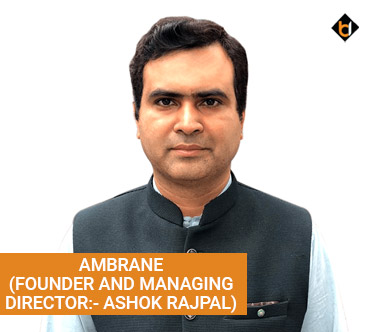 Ashok Rajpal, who is the founder of “Ambrane.” He was working in the textile industry before he founded the “Ambrane” back in 2001. It was one of the biggest decisions of his life to leave an established career of 11years and venture into the unknown territory of the peripheral mobile gadgets business.

With the help of his brother, he put his savings and mind in this and opened a little shop in Delhi Nehru place, which used to sell peripheral gadgets and also phone accessories like charger, headphones, USB, etc. as a retailer. They named their shop Ambrane and started selling their powerbanks on online sites like Snapdeal, Flipkart. The incredible thing about it was that they sold every single powerbanks only in three to four days. Now they have 103 crores yearly turnover, and their customers for powerbanks are ten million, which will increase with time.

You May Also Like: 5 Most Popular Indian CEOs in The World 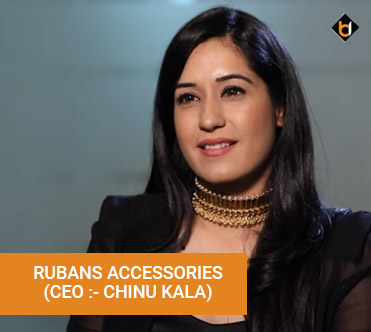 A girl who was barely 15 years old and who ran away from her home due to some sort of family problems. Chinu first tried her luck in beauty pageants and corporate products. Her great love for fashion and her determination to provide extraordinary designs of jewellery for people.

She founded “Rubans Accessories” back in 2014 when she first started her business with only 3 lakh in a small store of only seventy square feet, which was situated in Bengaluru Phoenix mall. But because of her determination and love for fashion and jewellery helped her to turn it into a 7.5 Crore well-known jewellery brand. In silver jewellery, you can find bracelets, earrings, necklaces, Matha Patti, Maang Tikka, rings, etc. 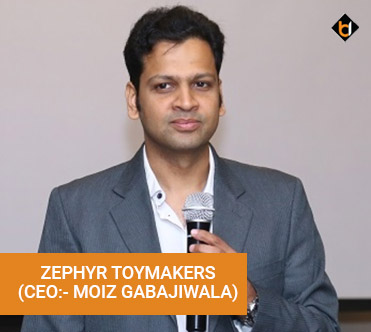 Back in the 80’s Moiz Gabajiwala’s father Zaheer Gabajiwala was selling toys in a building lift shaft because he didn’t have enough money to afford a proper place. Their whole family was struggling. Zaheer had to convince people to sell him the essential component to prepare the toy on credit.

When Zaheer’s father died, he quit the college and, with the help of his brother, started running their family shop in a tiny space of twenty-five square feet store in Byculla, Mumbai. Finally, his hard work paid off now, and their business started to take off, which turnover right now is 15 crores. Now Zephyr Toymakers is an adequately recognized brand in India.

So as you can tell that no matter where you start from and how financially unstable you are. If you are determined and love that business, then nothing is stopping your business from flourishing.

The entire world has witnessed a climate crisis and the recent Covid-19 pandemic from the start of this year has made things more critical....
Read more

How To Do a Personal SWOT Analysis?

If you look at people throughout history that are considered great achievers like Leonardo Da Vinci, Mozart Napoleon or someone today like Virat Kohli,...
Read more

One Decision Makes Startups More Successful! Most Do The Opposite

What Is a Start-up? As we know, a start-up is a new business, and every new business has something it offers to society either positive...
Read more

Do you want to start a fruit related business but you don't know how to do it? If yes, then here we have brought...
Read more

How To Start Grocery Store Business?

Today I am going to tell you about the business ideas of the grocery store or ration shop, how you can earn a good...
Read more
Load more