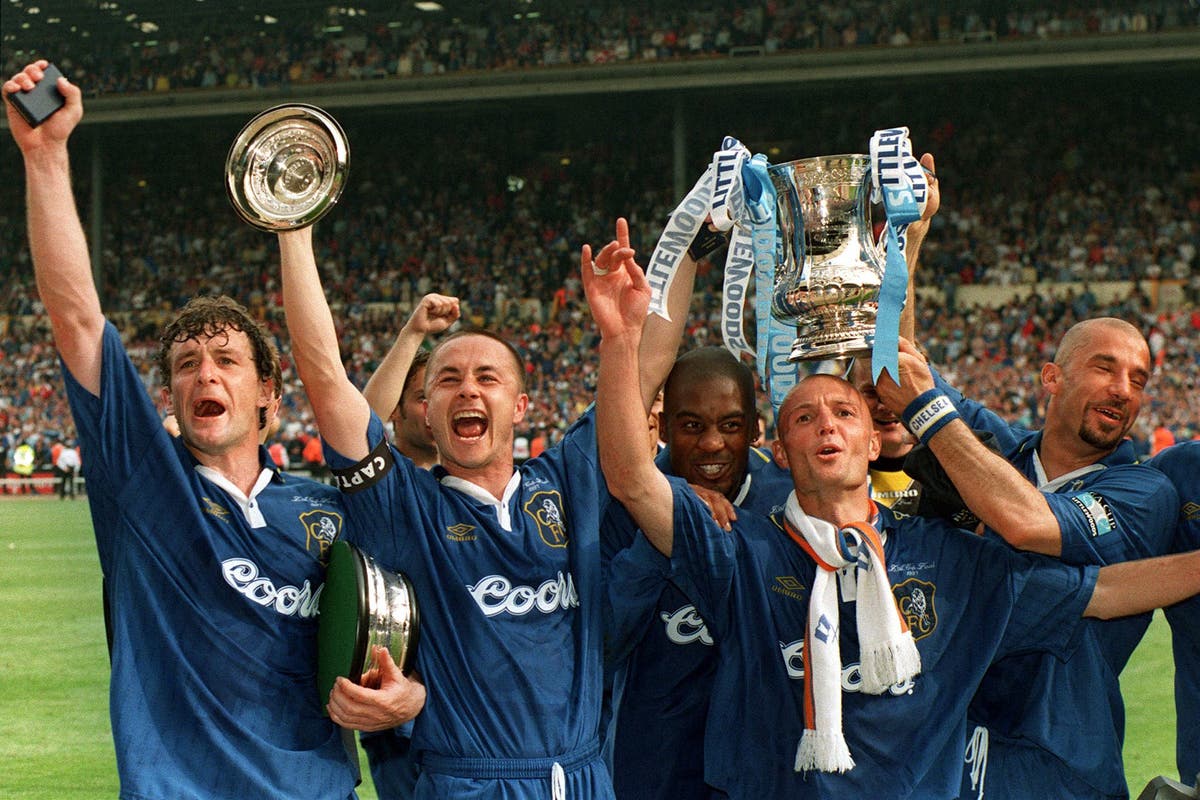 Mark Hughes, who took half in a transferring tribute to Gianluca Vialli at Stamford Bridge on Sunday, has spoken of his former team-mate’s infectious character and believes the Italian must be remembered as “one of the best Chelsea managers of all time”.

The Bradford boss took to the pitch alongside plenty of different former team-mates of Vialli earlier than Sunday’s 1-0 win over Crystal Palace, because the Blues paid their respects to the Italian at their first house match since his dying earlier this month from pancreatic most cancers aged 58.

Former striker Hughes and Vialli shared a dressing room for 2 years at Chelsea, with the Italian not solely a team-mate but additionally, for the ultimate months of Hughes’ time on the membership, his boss in his function as player-manager.

Hughes, 59, informed the PA information company: “He was a great team-mate, we spent a couple of years both as a player and as a manager and you look back and reminisce about the moments you had with him.

“He didn’t impose his personality on people in a bad way, it was always to make people feel better and happier and he certainly did that, and was just a great guy.

“The one thing that’s been prevalent with everyone that has been asked for comments about Luca is it was always about his personality, his manner and his professionalism as well, because he was an outstanding footballer in his own right.”

Hughes believes Vialli must be remembered as a real Blues nice after serving to them to home and European success of their couple of years collectively at Stamford Bridge.

Vialli gained the FA Cup in his first season at Chelsea in 1997 earlier than, now as player-manager, main the membership to League Cup, European Cup Winners’ Cup and European Super Cup success the next yr.

In complete Vialli gained 5 trophies in lower than three years as Chelsea supervisor, a tally solely bettered by Jose Mourinho.

Hughes added: “In terms of what he achieved, he was more successful as a manager in terms of trophies, so he will be viewed as one of the best Chelsea managers of all time.

“It was just his empathy for players. Given the preparation and how hard he was working, we felt we needed to reciprocate that on the pitch for him.

“He was a guy who was exposed to a lot of things in life and had grown as a consequence of that and that moved him to bring all these players from different countries and make them work and combine to make a successful team, so that was a huge skill.”

Hughes stated Vialli managed to take care of the respect of everybody round him even after turning into player-manager.

He stated: “He loved going out and loved London, he used to love going out with his team-mates.

“He felt he had to just create that distance straight from the off, rather than letting it develop as a consequence of doing a different job, but everybody totally respected what he did. He was professional and incredibly successful both as a player and as a manager.

“Maybe some of his relationships changed with the team, but each and every one of them had the utmost respect for him as a player and a person and that’s why we were able to win trophies.”