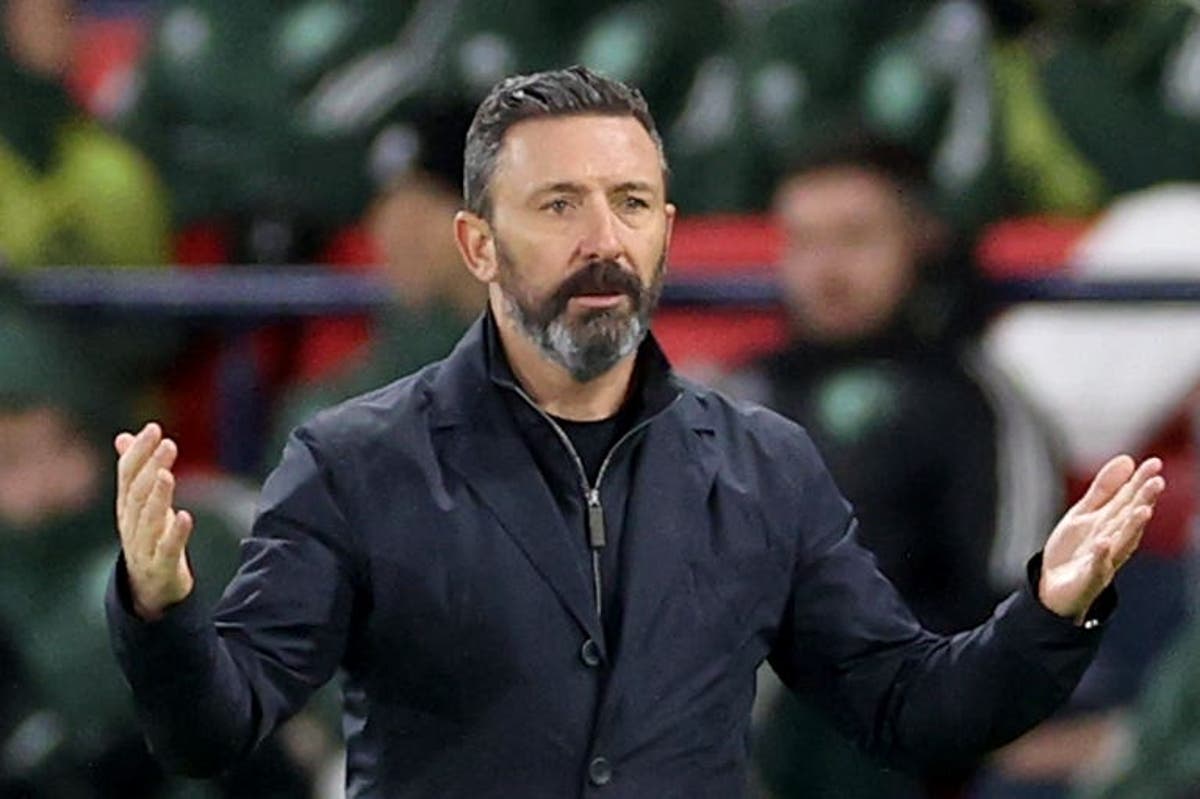 Derek McInnes claims Kilmarnock had been denied a transparent penalty earlier than they misplaced a late second objective within the 2-0 Viaplay Cup semi-final defeat to Celtic at Hampden Park.

The holders had been main by an early Daizen Maeda opener because the match entered six added minutes when a careless problem by Hoops substitute Giorgos Giakoumakis on Killie defender Joe Wright contained in the field was ignored by referee Willie Collum, who was not requested to take one other look by the VAR Greg Aitken.

Giakoumakis then tapped in a second to clinch a remaining spot in opposition to both Rangers or Aberdeen, who play the second semi-final on Sunday.

An incredulous McInnes mentioned: “I feel at the penalty at the end, Joe Wright was manhandled. There is no way Giakoumakis can get to the ball but he has come through him, two arms round him. It is a penalty kick.

“I don’t understand why that is not a penalty, the referee has a brilliant view.

“What is the point of me speaking to the referee? Seriously.

“VAR should be speaking to the referee, that is the conversation that needs to be had, not me after the event when Celtic are through to a final. Pre-VAR, post-VAR – that is a penalty kick.

“Giakoumakis gets a bit excited. He is clumsy, it is a striker’s challenge, he stumbles into the back of Joe Wright with two hands around his waist, it is a penalty kick.

“Whoever is in the VAR, needs to be big enough to say to the referee, ‘are you sure you have seen this right? You need to come and see this again’.

“What does it take? 30 seconds to have another look. I think if he sees it again, he will give a penalty.”

Notwithstanding his disappointment, McInnes was happy together with his facet’s efficiency.

He mentioned: “I am delighted with the courage and personality and I felt there was a belief and attitude.

“Celtic are a good side but my team were good today. We made it a proper cup tie.”

Asked concerning the penalty incident, Celtic boss Ange Postecoglou alluded to the latest declare of Rangers boss Michael Beale, who mentioned his Hoops counterpart was fortunate to have the ability to spend critical cash on new signings.

He mentioned: “I am a pretty lucky man, I just think it is filtering through.”

Postecoglou was glad to have the ability to give Celtic followers the prospect to return for the ultimate subsequent month.

He mentioned: “We have given out supporters another trip out here for a cup final which, when you start a season, that is your goal – to give yourself an opportunity to win trophies.”

However, he was unimpressed by the state of the Hampden Park pitch.

He mentioned: “I am disappointed with the state of the pitch. I thought that would be better.

“You know when you come to Hampden it is a showcase event and you kind of want the conditions to be the best they possibly can.

“Even when I walked out before the game, I was disappointed in the pitch.

“There is a game there tomorrow so it is going to be tough for the two teams tomorrow as well.

“If you are going to have showcase events – where everyone is watching and the spotlight is there – you want to present it in the best possible condition.

“I don’t know how much football has been on it. It doesn’t have great grass cover, it didn’t really hold really well.

“I went to Motherwell’s pitch and that was perfect.

“I am not complaining, I am just saying. I was asked a question about a showcase event and you want to present everything in the best possible manner.

“Maybe they have had issues but in these big games, you hope it is presented well.”

Chinese metropolis tiptoes away from zero-Covid