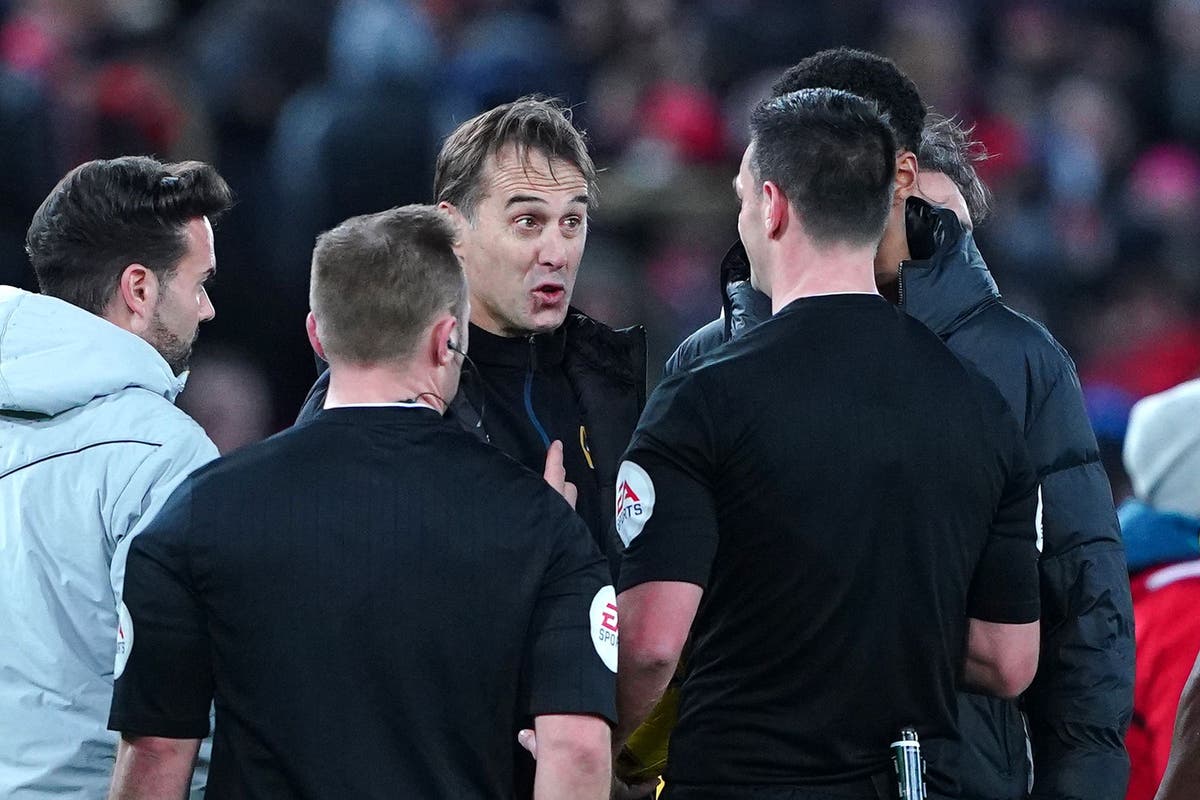 Wolves boss Julen Lopetegui was left to rue a VAR resolution not given as a result of obvious unavailability of definitive footage which value his facet an FA Cup victory at Liverpool.

With the rating at 2-2 with 9 minutes remaining Toti thought he had scored the winner, just for the guests’ wild celebrations to be lower brief by an offside flag.

The resolution was checked however the on-field name couldn’t be overruled due, in line with broadcaster ITV, to there not being the proper digicam angle.

At the time Lopetegui was completely satisfied it was a aim, having watched it again on a monitor within the dugout, and stood on the touchline making the VAR TV image.

“We can’t do anything. We have talked with the referee. He was very quiet but he hears us,” he stated.

“It was a pity because today there was VAR. He tried to explain but it wasn’t very clear but, of course more or less, I will show him I think the goal is valid (from) our tactical camera. I have seen the replay.”

When instructed there had not been an acceptable angle out there for the video assistant referee Lopetegui added: “I didn’t know this. It was a pity for us.

“Today we are unlucky with the decision and unlucky that we have a lot of chances, enough to win the match.”

The former Spain coach, with a Carabao Cup quarter-final to return on Wednesday adopted by a relegation six-pointer in opposition to West Ham, made 9 modifications however his facet nonetheless carried out higher.

“I’m frustrated and disappointed,” he stated.

“The reaction is a little bit disappointed because in one way I am very proud of the players, they have deserved much more today.

“It was a pity that against a fantastic team they had a lot of chances and scored a third goal and I have to accept (the decision) but it is not offside.”

For Liverpool supervisor Jurgen Klopp this was one other in a rising record of irritating performances.

After Alisson Becker’s mistake had handed Goncalo Guedes the opening aim his facet went forward by means of two brilliantly-taken targets from Darwin Nunez and Mohamed Salah however couldn’t stop Hwang Hee-Chan from forcing the equaliser.

He admitted they deserved not more than a replay at Molineux.

“We deserve not more than a draw. I don’t think we should have them (replays) but I knew we still have them,” he stated.

“Wolves are more happy than we are but we will be happy enough to give it a go.”