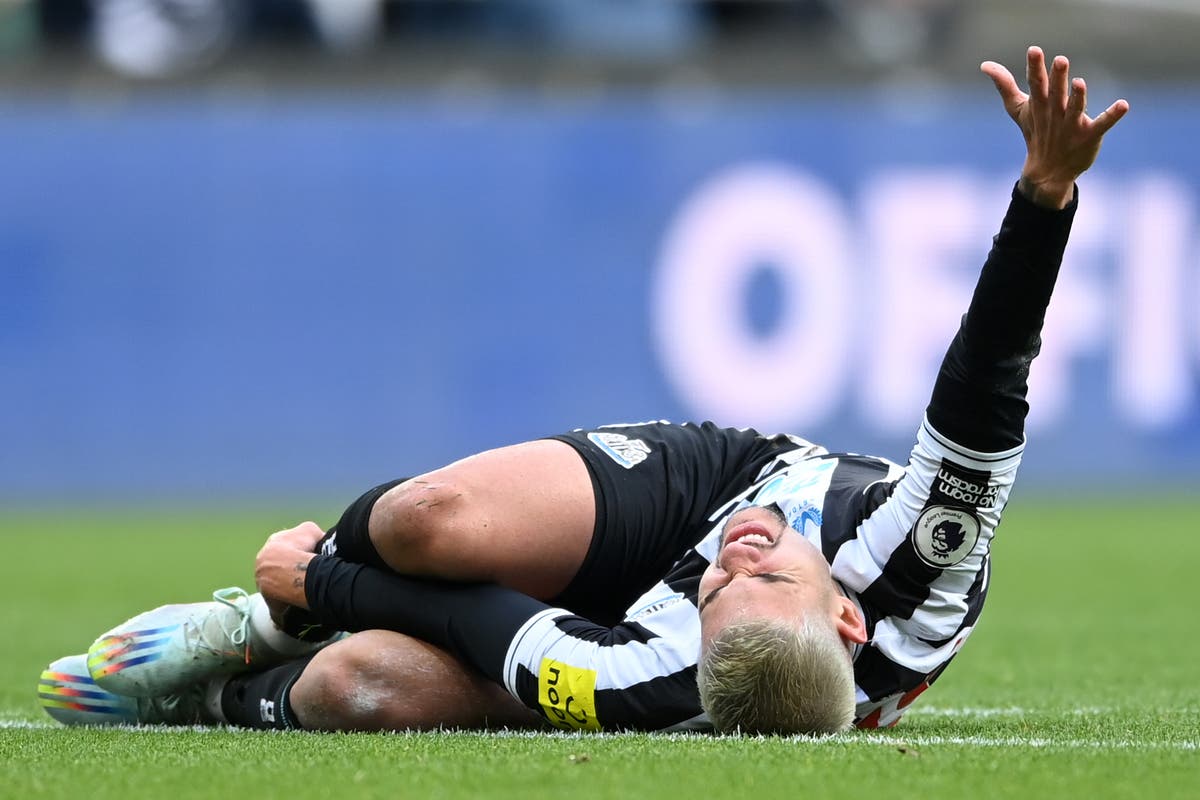 Bruno Guimaraes will bear a scan on an ankle harm that has left Eddie Howe pondering whether or not to try to signal one other midfielder within the January switch window.

The Brazil worldwide, who left the pitch in tears at half-time, was on crutches after twisting his ankle in Newcastle’s 1-0 win over Fulham, leaving United involved he could possibly be going through a prolonged absence.

And supervisor Howe revealed Guimaraes was nonetheless upset after the ultimate whistle, saying: “He’s a bit distressed about his injury. It’s his ankle and he twisted quite badly, I think. He’s very upset and we’re obviously concerned for him. We hope it’s not too serious but at this moment in time, we don’t know.”

Guimaraes had been harm after 18 minutes in a problem with Fulham’s Joao Palhinha and Howe admitted he ought to have taken him off sooner.

“With hindsight, yes, but the player wanted to stay on and I always want to go with the player,” he added. “They know their bodies better than I do. Bruno was determined to carry on. I think he wanted it strapped because of slight discomfort. It was only with about 30 seconds to go in the first half that he signalled to come off. He played every well in the first half.”

Newcastle are but to make a signing in January and Howe feels they could want reinforcements in midfield.

He stated: “We will see. I will first assess the injury. We are light in midfield. We were missing Elliot [Anderson] so we will get the diagnosis on Bruno and then make a decision.”

Howe defended his choice to pick Joelinton, three days after he was charged with drink-driving.

He defined: “I had a long meeting with my coaching staff on Saturday afternoon after training where we debated the whole scenario. I had to make the decision. I didn’t underestimate what Joe did but there are a whole host of things to consider.”

ESG below hearth in US state capitols