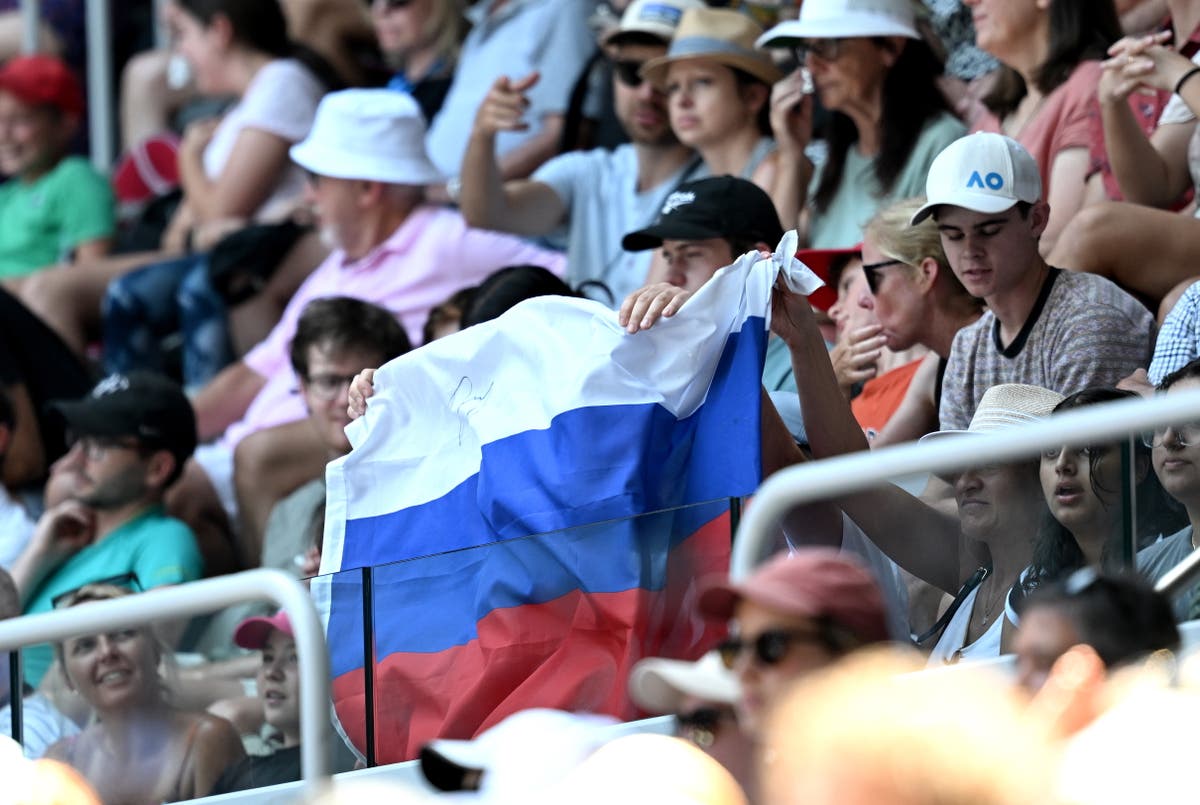 Russian flags have been banned on the Australian Open after one was displayed at a match between Russian and Ukrainian gamers.

The show drew a pointy rebuke for organisers from the Ukrainian ambassador to Australia, and Tennis Australia has now introduced that Russian and Belarusian flags won’t be allowed at Melbourne Park for the remainder of the event.

Players from these two international locations are enjoying underneath a impartial flag on the event amid the continued struggle in Ukraine.

Somewhat bizarrely, organisers initially determined spectators may carry the 2 nations’ flags in, however displaying one has been deemed inflicting “disruption”.

An announcement learn: “Flags from Russia and Belarus are banned onsite at the Australian Open.

“Our initial policy was that fans could bring them in but could not use them to cause disruption. Yesterday we had an incident where a flag was placed courtside.

“The ban will be effective immediately. We will continue to work with the players and our fans to ensure that this is the best possible environment to enjoy the tennis.”

The flag was on present at Monday’s first-round match between Russian Kamilla Rakhimova and Kateryna Baindl of Ukraine.

Ukrainian ambassador Vasyl Myroshnychenko reacted furiously, writing on Twitter: “I strongly condemn the public display of the Russian flag during the game of the Ukrainian tennis player Kateryna Baindl at the Australian Open today. I call on Tennis Australia to immediately enforce its ‘neutral flag’ policy.”