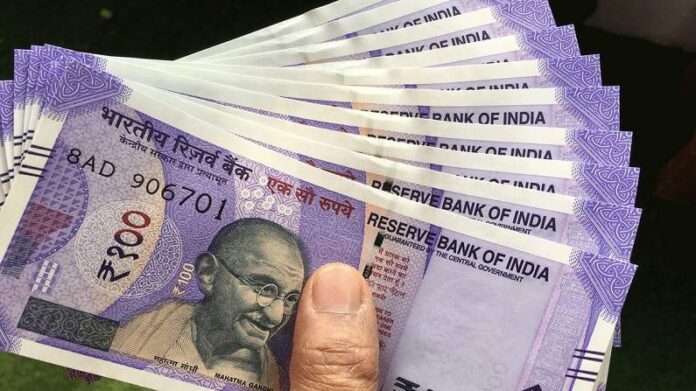 If your UPI transaction fails and the money deducted from the account is not returned in due time, then the bank will give you a compensation of 100 rupees daily.

All the government and private banks of the country were closed on the first day of the new financial year i.e. April 1. Due to the closure of the bank, online transactions for transactions increased. During this time, customers had to face difficulty in transferring money through NEFT, IMPS and UPI. Many times the UPI transaction of customers has failed. If your UPI transaction fails and the money deducted from the account is not returned in due time, then the bank will give you a compensation of 100 rupees daily.

Let us know that in September 2019, the Reserve Bank of India (RBI) issued a new circular regarding the failed transaction. Under this, the time frame has been set for auto reversal of money. Within this time frame, the bank will have to pay compensation to the customers if there is no settlement or reversal of the transaction. According to the circular, after the deadline is over, compensation will have to be given at Rs 100 per day.

According to the circular, if the UPI transaction fails and the money is deducted from the customer’s account, but the money is not credited to the beneficiary account, then the auto-reversal transaction should be completed within T + 1 day.

If your UPI transaction does not return money, then you can complain to the service provider. You have to go to Rage Dispute. Register your complaint on Rage Dispute. The Provider will return the money on getting your complaint correct. If there is no response from the bank despite complaining, then you can complain under the Ombudsman Scheme of Digital Transactions, 2019 of RBI.

UPI transactions grew by 19 percent every month and in FY21, transactions worth Rs 5 lakh crore took place. UPI volumes have picked up in the last year due to the increase in QR-based payments across the country.

read this also- Withdraw money from ATMs of these big banks including SBI without debit card, this is the whole way

read this also- Open these accounts in the post office or bank for just 500 rupees, even the court will not be able to seize the money deposited in it.

Facebook
Twitter
Pinterest
WhatsApp
Previous articleThe mastermind of the Naxalite attack on soldiers in Chhattisgarh, has killed 76 soldiers earlier
Next articleIT department launches offline facility for ITR-1 and ITR-4, taxpayers will benefit like this

This Indian company launched 36 satellites in collaboration with British company, Indians will benefit from this

After the successful launch of these satellites, it has been decided to provide high speed internet...
Read more

500 employees of Google wrote a letter to Sundar Pichai, knowing this shameful act of the company, will be shocked!

More than 500 employees of Google have written a letter to the CEO of the company...
Read more

PM Awas Yojana: Understand in simple language, who gets the benefit, how much is the subsidy?

17 per cent of the people involved in the survey were aware that a maximum subsidy...
Read more

There is a steady increase in new cases in Maharashtra, Karnataka, Punjab, Kerala, Chhattisgarh and Gujarat....
Read more

Tech-Platforms that are the cornerstone for Indian homegrown brands

In this era of ‘Digital First’ where everything is moving on the web, the online market is seeing a huge potential where a major...
Read more
Load more