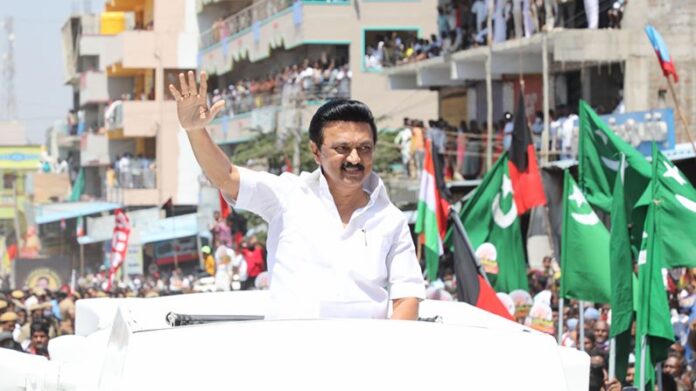 MK Stalin said that if the AIADMK and the only member of the PMK in the Rajya Sabha had voted against the relevant bill, the CAA would not have come into existence.

DMK President MK Stalin on Monday promised that the state will not be allowed to implement the amended Citizenship Act (CAA) after the Tamil Nadu Assembly Elections. Stalin criticized the ruling AIADMK in the state for ‘supporting’ the BJP in the Parliament on the CAA issue. He said that if the AIADMK and the only member of the PMK in the Rajya Sabha had voted against the relevant bill, the CAA would not have come into existence. He said that both parties (BJP and AIADMK) should be blamed for the ‘plight’ of minorities across the country.

Protests against the act were held in various parts of the country including Shaheen Bagh in Delhi. Stalin while addressing an election meeting in Jolarpet accused the ruling AIADMK of “pretending” on the issue before the election. Also reminded that his party had earlier protested against the CAA and had also launched a massive signature campaign against it.

‘The party opposed the bill in Parliament’

He said that I assure you We are coming to power, there is no doubt about it. Therefore, after coming to power, we will not allow this CAA (to be implemented) in Tamil Nadu. This is an assurance given by Stalin. He also said that his party had opposed the bill in Parliament.

‘AIADMK pretending to be protector of minorities’

Stalin said that the AIADMK had supported the BJP on issues like removing most of the provisions of Article 370 in Jammu and Kashmir and abolishing triple talaq, but now it is pretending to be the protector of minorities. He also criticized Chief Minister K Palaniswami for not passing a resolution in the Legislative Assembly against the new agricultural laws of the Center.

Sharad Pawar in Hospital: Sharad Pawar’s health checkup after complaining of abdominal pain, surgery to be done on March 31

Facebook
Twitter
Pinterest
WhatsApp
Previous articleNo lockdown will be imposed in Karnataka, but no protest or rally will be allowed for 15 days
Next articleMyanmar refugees will not be given food nor shelter: Manipur government order

The ministry said that a total of 13,54,976 vaccines were administered till 7 pm on the...
Read more

Big update on Mudra Yojana, about 15 lakh crore rupees have been distributed so far

The average size of each loan under the Pradhan Mantri Mudra Yojana has been Rs 52,000. ...
Read more

In this modern world of digitalization, the Internet has taken over almost every aspect of life. Be it shopping, teaching, learning, gaming, dating, you...
Read more

What is the ‘electric highway’, which will complete the 10-hour journey in just 4 hours! Know what will be so special

After planning to remove the toll plaza on the national highway, an 'electric highway' plan is...
Read more

Wallets will issue prepaid cards to their customers. Using the card, they can withdraw money...
Read more
Load more