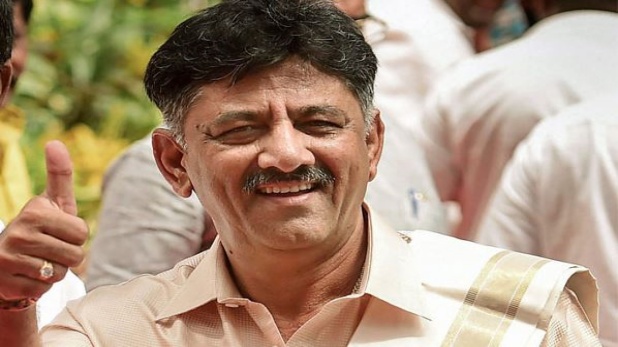 Karnataka Congress state president DK Shivkumar said that he never met the woman who is seen in the alleged sex video. Former minister Ramesh Jarkiholi is being accused of involvement in the case. The controversy took a new turn when the woman was allegedly heard talking in the audio clip that went viral.

Meanwhile, the woman, who is allegedly appearing in the video, has issued a video message for the fourth time, demanding protection for herself and her family. The woman claims that she is feeling upset and wants to commit suicide. Following the complaint made by the woman on Friday, the police registered a case of sexual harassment on former minister Jarkiholi. Hours later, the audio of a telephone conversation between the woman and her family members went viral, in which she is allegedly heard saying that she was going to meet him at Shivakumar’s house.

Carnatic BJP reacted sharply when the audio clip surfaced and demanded that Congress should remove Shivakumar from the post of party state president. Speaking to reporters, Shivkumar said, “We are in public life, you (media) act as a bridge between the people.” We politicians also help those in trouble. The woman said that she is trying to meet me.

He said that every day at least 10 people meet him with personal problems, in that way it is possible that the woman may have come but never met him. Sivakumar said, “If she comes today, I will take information and verify the facts” Leaked

Previous ArticleCanara Bank’s Special Scheme: Double the amount in one year, there is still a chance to earn big
Next Article Oil companies have released the price of petrol and diesel, know what is the new rate in your city today