OYO gets relief from NCLAT, ban on insolvency process 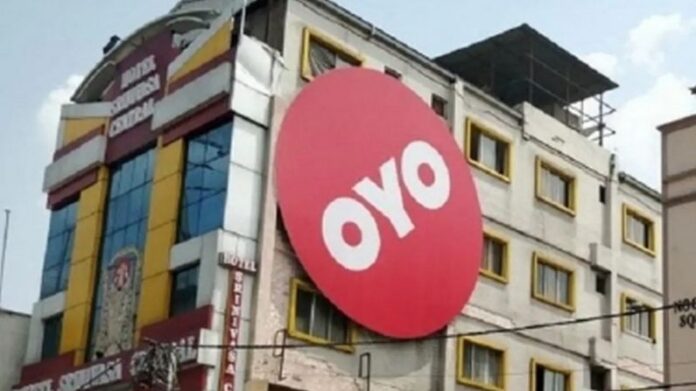 By issuing a statement on behalf of OYO, it was also said that 16 lakh had been paid to the hotel owner who claimed.

Oyo said in a tweet that NCLAT has accepted our petition.

The NCLAT ordered a stay on the bankruptcy process against Oyo Rooms and has also accepted the petition of its subsidiary Oyo Hotels and Homes Private Limited (OHHPL). By issuing a statement on behalf of OYO, it was also said that 16 lakh has been paid to the hotel owner who claimed. Earlier, the National Company Law Tribunal (NCLT) had filed a petition against Oyo’s subsidiary OHHPL for hearing of the insolvency proceedings.

This petition has been filed to recover Rs 16 lakh from OHHPL. However, Oyo challenged the petition in the Appellate Tribunal on Wednesday. Oyo said in a tweet, “NCLAT has accepted our petition and has stayed the order to constitute COC in the IBC process filed against OHHPL. The claimant has already received Rs 16 lakh which the company paid in protest. “Oyo founder and group CEO Ritesh Aggarwal said in a tweet,” Since yesterday (Wednesday), social media But I am thankful to all those who have supported me. I thank you guys for discouraging misleading news and forwarded messages. ”

Closing @riteshagar‘s thread from yesterday – Today NCLAT has admitted our plea and ordered a stay for the formation of COC in IBC proceedings against OHHPL, an OYO subsidiary. The claimant has already drawn the INR 16 Lakhs which we paid under protest. pic.twitter.com/hNkevbWbWs

There is a PDF and text message circulating that claims OYO has filed for bankruptcy. This is absolutely untrue and inaccurate. A claimant is seeking INR 16Lakhs (USD 22k) from OYO’s subsidiary leading to a petition at NCLT. 1/3

Under the Insolvency and Debt Insolvency Act (IBC), no debtor can take the company into the insolvency process if the pending payment is not made. Once a petition is filed in the NCLT, a resolution professional is appointed who examines the claim of the creditor and oversees the functioning of the company to settle such claim.

Also read, in this scheme of Post Office, deposit only 1724 rupees every month, you will get a lump sum 31 lakh on retirement.

Also read, Applications are being applied for loans, so take care of these 5 things, the application will never be rejected

Facebook
Twitter
Pinterest
WhatsApp
Previous articleShravan Kumar: Who is on a 6000 KM cycle trip to explain the importance of trees and plants
Next article7th Pay Commission: Good news for government employees! DA will get full benefit from July 1

There are so many people out there in this world who don't like working under somebody's thumb for the rest of their lives. Being...
Read more

Stevia Farming Will Largest Market in the Future Startup

To increase farmers' income by 2022, the central government is now focusing more on cash crops, except traditional farming. The National Medicinal Plant Board...
Read more

How To Start Tiffin Service Business in India?

How to start a tiffin service business? - A large part of the country lives away from home in search of bread and a...
Read more

In the present time, every single person is struggling and barely making the end meets. No matter which class you belong to, your life...
Read more
Load more