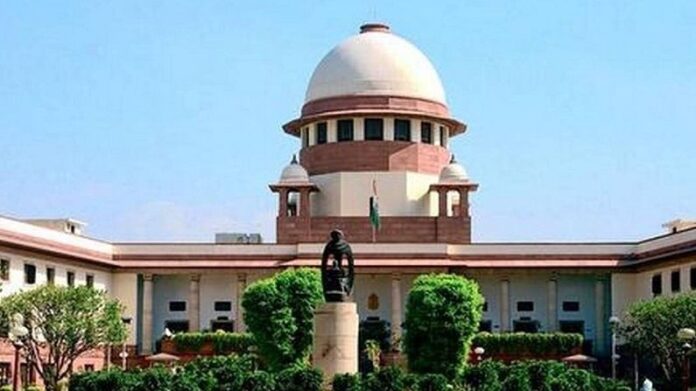 Noida resident Monika Agarwal, who is associated with the profession of marketing, has filed a writ petition in the Supreme Court, saying that moving to Delhi has become a nightmare for her, 2 hours to cover the journey of just 20 minutes. Seems like.

The case of heavy traffic jam which takes place on the way to Delhi from Noida has reached the biggest court of the country. On 26 March, a bench of Justice Sanjay Kishan Kaul issued a notice to the Central Government and the Delhi Police Commissioner, hearing the case through video conferencing, to remove obstructions on the way and ensure that people It was instructed not to come on the road to get from one place to another.

In fact, Monika Aggarwal, a woman associated with the profession of marketing and living in Noida, had filed a petition in the court and sought to direct the Center and the Delhi Police on the matter. Monika has filed a writ petition saying that she is a single parent and often has to go to Delhi due to marketing work and health issues, but moving to Delhi has become a nightmare for her, a journey of just 20 minutes. It takes 2 hours to do.

During the hearing through video conferencing, the woman presented herself in front of the court and said that even before this, many important guidelines have been issued by the court for not obstructing the public roads, but towards the local administration They were not implemented.

The court gave this answer on the arguments of the woman

The court heard the pleas of the woman and said that if this is happening then it is a failure of the local administration. The court has issued a notice asking all concerned parties to follow the directive and give information and reply to the steps taken on the directive by 9 April. Now the court will next hear the matter on April 9. Let me tell you that Justice Sanjay Kishan Kaul had given a decision on a PIL in the Shaheen Bagh case in protest against the Citizenship Amendment Act.

In that decision, Kaul had clearly stated that peaceful dharna is the right of every citizen, but public spaces cannot be obstructed indefinitely. He said that it is the duty of the local administration to take appropriate action as per the law and evacuate the obstructed place. Farmers have been sitting on dharna at different borders of Delhi for the last 4 months and have closed the road to and from Delhi in protest against the central agricultural laws, a petition has been filed in the Supreme Court regarding the case of the Chief Justice Is pending in

Committee made on agricultural laws submitted its report

NASA's Engineered Mars helicopter is set to create a new record after a successful landing on Mars. According to the information, if all goes...
Read more

Banking Fraud: All money disappeared from bank account to be found in 10 days… RBI told- Just have to do this work

RBI Alert for Banking Fraud: If you are a victim of banking fraud then you will...
Read more

What is Bharat QR Code? How Can You Get Benefit From It?

The term “Demonetization” is a much-known term for people in INDIA now these days. On 8th November 2016, the Government of INDIA announced the...
Read more