Home NEWS Myanmar refugees will not be given food nor shelter: Manipur government order
NEWS 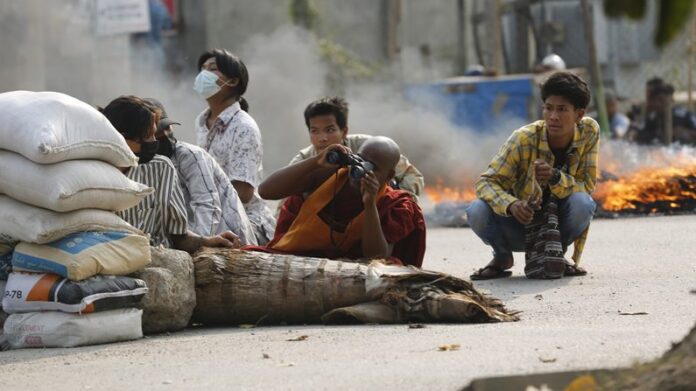 The order states that Aadhaar registration should be stopped with immediate effect, keeping in mind the decades of confrontation caused by Refugees from Bangladesh.

This military coup has adversely affected the progress made in the democratic direction after military rule. (Photo-PTI)

The Manipur Government has issued an order to the local authorities and civil society to provide food and shelter to the Refugees of Myanmar. According to the order, on humanitarian grounds, medical attention can be given only in case of ‘serious injuries’. The Deputy Commissioners of Chandel, Tengnupal, Kamajong, Ukhrul and Churachandpur districts have been instructed to take appropriate action regarding the illegal entry of Myanmar citizens.

India is assuming that a large number of refugees will come from the neighboring country. In fact, on Friday, military leaders opened fire on demonstrators in nine areas of the country, including Yangon city, killing at least 90 people, including children. As per the order issued, the Manipur government said that the district administration or civil society should not open camps to provide food and shelter to the refugees.

Criticism of the decision on social media

The order further states, ‘Aadhaar registration should be stopped with immediate effect, keeping in view the decades-long confrontation caused by refugees from Bangladesh. Also, the Aadhaar registration kit should be kept in a safe custody. This order of the Biren Singh government is being severely criticized on social media. Many people are calling this order inhuman which is against the country’s long tradition of hospitality.

Reverse effect on progress made in democratic direction

This military coup has adversely affected the progress made in the democratic direction after nearly five decades of military rule. The crackdown on protesters came at a time when the Myanmar army celebrated the annual Armed Forces Day holiday with a parade in the country’s capital, Nepeta. The Myanmar army is receiving widespread condemnation internationally for these killings. UN Secretary-General Antonio Gutarais said that he is shocked at the killing of ordinary citizens, including children.

The effect of coronavirus (Covid-19) has started appearing on corporate India and startups. Layoffs have started in companies. After the stalled work due to...
Read more

Know the reality of LIC Kanyadaan scheme, the policy is being sold in the name of grooming the daughter’s future

To reduce the financial burden for the daughter's marriage, people like to invest in LIC's Kanyadaan...
Read more

At present, 1402 special trains are running on a daily basis in the country. Apart...
Read more

The Leader of Opposition wrote on Twitter, "I condemn the stone pelting action taken by Ramesh...
Read more

Amit Shah said that elections were held peacefully in the states which were known for elections...
Read more
Load more