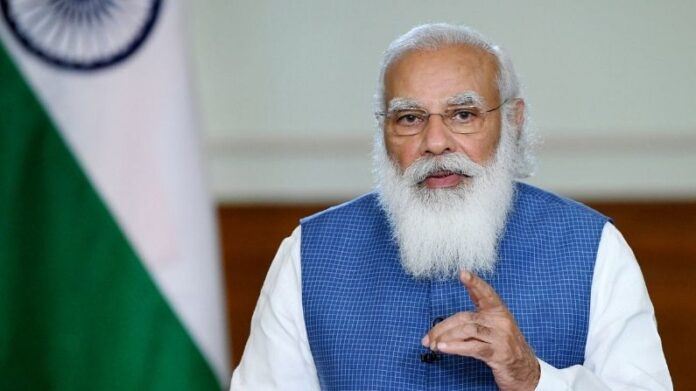 Mann Ki Baat: PM Modi said that India’s ‘Nari Shakti’ is doing excellent in the field of sports. Today, daughters of the country are making their own distinct identities everywhere. She is showing her interest in sports.

Mann Ki Baat: ‘We need to adopt modern method for farming’, read- 10 big things in the mind of PM Modi
Prime Minister Narendra Modi on Sunday spoke to the nation with Mann Ki Baat. This year it was the third edition of Mann Ki Baat and was the 75th episode of the monthly radio program. During this, PM Modi mentioned the Janata curfew and appealed to the common man to remember the mantra of the fight against Corona. Apart from this, he emphasized on light house tourism in the coming times. Let us tell you what 10 big things PM Modi has mentioned…

1- The PM said, ‘I thank you very much that you have followed’ Mann Ki Baat ‘with such a fine eye and you have been connected. This is a matter of great pride for me, it is a matter of enjoyment. Today, at the time of this 75th episode, I first express my gratitude to every listener for making ‘Mann Ki Baat’ a success, for enriching and for staying connected with it. ‘

2- Prime Minister Narendra Modi said that modernization in agriculture is the need of the hour and a lot of time has already been wasted. It is necessary to adopt modern methods in the agriculture sector and newness, modernization is mandatory in every dimension of life. It was delayed and we have already lost a lot of time. In order to create new employment opportunities in the agricultural sector, to increase the income of farmers, it is important that along with traditional methods of farming, new options, innovations should be adopted.

3- He said, ‘It was only the month of March last year, the country had heard the word Janata curfew for the first time, but see the experience of the great power of the great people of this great country, Janata curfew had become a surprise for the whole world. This was an unprecedented example of discipline, generations to come will surely be proud about this one thing. In the same way, respect, respect, playing the plate, clapping, lighting the lamp to our Corona Warriors. You have no idea how much he touched the heart of Corona Warriors. And that is the reason that they remained exhausted, non-stop, and stayed for the whole year. In the midst of all this, remember the mantra of fighting against Corona, ‘Dawaee bhi – Kadai bhi’.

4- He said, ‘Whether it is the struggle saga of a freedom fighter, the history of a place, a cultural story of the country, during the’ Amrit Mahotsav ‘you can bring it to the country, it can become a medium to connect the countrymen with it. You will see, as soon as you see the ‘Amrit Mahotsav’, it will be filled with so many inspiring nectar points and then such a nectar stream will flow which will inspire us for hundred years of India’s independence. Will take the country to new heights, will create the spirit to do something. The PM said, ‘Our fighters in the freedom struggle suffered so much because they considered sacrifice and sacrifice for the country as their duty. The immortal tales of their sacrifice and sacrifice now inspire us to the path of perpetual duty.

5- The PM said, ‘During Mann Ki Baat, I have spoken many times on different aspects of tourism, but, these light houses are unique in terms of tourism. Light houses have always been a center of attraction for people due to their magnificent structures. 71 light houses have also been identified in India to promote tourism. All these light houses will have museums, amphi theater, open air theater, cafeteria, children’s park, eco-friendly cottages and landscaping as per their capabilities. I would also like to tell you about a unique light house. This light house is in a place named Jinzhuwada in Surendra Nagar district of Gujarat. Do you know why this light house is special? The seaside is more than a hundred kilometers away from where this light house is. You will also find such stones in this village, which indicate that there must have been a busy port here, that is, this means that the first coastline was up to Jinzhuwada. ‘

7- PM Modi said that the ‘Nari Shakti’ of India is doing excellent in the field of sports. Today, daughters of the country are making their own distinct identities everywhere. She is showing her interest in sports. Recently, Mithali Raj became the first Indian woman cricketer to score 10,000 runs in international cricket. Many congratulations to him for this.

8- PM said, ‘B framing is becoming the basis of honey revolution in the country. A large number of farmers are joining it. In Gurdum, a village in Darjeeling, West Bengal, people have started the work of producing honey. There is a good demand for honey of this place in the market. This is increasing the income of farmers.

9- He said, ‘We don’t have anything except Yoga, Ayurveda. People of India proudly say in the world that they are Indian. We take pride in our language, style and food. We have to get new, but do not lose the antiquity together. We also have to take our cultural heritage to a new generation.

10- The PM said, ‘Bijay ji, living in Kendrapada, Odisha, worked hard for 12 years, erected a 25-acre evergreen forest outside his village, towards the sea. Today this forest is protecting this village. We have to get new, and that is life but at the same time do not lose the archaic. We have to work hard to promote the immense cultural heritage around us, to reach the new generation.

Mann Ki Baat: ‘What happens is light house tourism’, PM Modi said, how it will be helpful in increasing tourism

Facebook
Twitter
Pinterest
WhatsApp
Previous articleAlert: Retirement scheme NPS account holders to complete this work in 4 days, otherwise the family’s dream will break
Next articleNot only will tax be saved, this scheme also gives an opportunity to become a millionaire, learn how to invest

70-year-old Arup is the Saviour for 400 sex workers, even rationing in lockdown

Mother Teresa's story is an inspiration to all of us. All the noble things he did for the betterment of others are well-known throughout...
Read more

Frying the dish on Holi will be expensive! This is the whole math of mustard, soya, refined edible oils boom

Mustard Oil Price: Talking about the rise in the price of domestic edible oils in a...
Read more

Deadline of these things, including auto debit, PAN card, why the government extended the deadline at the last moment

In view of the increasing case of Corona virus in the country, the government has given...
Read more

Finance Minister Nirmala Sitharaman said that in 2014 India was one of the countries with five...
Read more

The order states that Aadhaar registration should be stopped with immediate effect, keeping in mind the...
Read more
Load more