Home NEWS Kerala Assembly Election: In Kerala too, the children of politicians are trying...
NEWS

Kerala Assembly Election: In Kerala too, the children of politicians are trying luck, not the new ‘politician kid’ trend 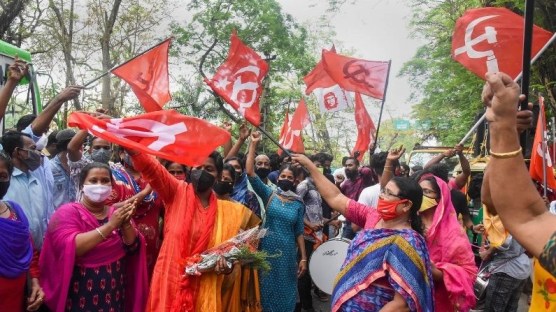 All these have seen how the Congress party encouraged G Karthikeyan’s wife or son to contest the election when there was a need for a by-election due to his sudden demise.

In more than 20 seats out of 140, the children of former ministers and MLAs of the ruling CPI (M) -led LDF and the opposition Congress-led UDF are betting their luck this time. Political parties claim public acceptance of these candidates when they field such candidates.

Former Mahila Morcha president of the Congress Latika Subhash got her shaved in protest over not getting the ticket from the UDF. Not only this, she also resigned from the post of Speaker and now she is contesting as an independent candidate from Ettumanoor Assembly Constituency in Kottayam.

Former Ministers MK Munir (Koduvli), Shibu Baby John (Chitra) and father of Anoop Jacob (Pirvom) were also ministers from the UDF. KS Sabarinathan (Aruvikkara), son of late President G Karthikeyan, is also the star kid in the electoral fray. Advocate and political critic A Jaishankar said that the process of putting relatives in the electoral fray has increased in Kerala. This trend is more in UDF. In the previous UDF ministry, six ministers were the sons of prominent politicians.

Jaishankar said that all these have seen how the Congress party encouraged G Karthikeyan’s wife or son to contest the election when there was a need for a by-election due to his sudden demise. Although his son and sitting MLA KS Sabarinathan was not keen on entering politics at that time, the party forced him to enter the electoral fray.

read this also: Kerala Election: ‘I will make Palakkad one of the best cities in the country, I am not a leader by birth… but learning politics’ – Metro man E Sreedharan

Facebook
Twitter
Pinterest
WhatsApp
Previous articleThis is the right way to update KYC in PF account, first know whether KYC has happened or not
Next articleRecession in Real Estate? What happened that Godrej Properties sold 275 flats for 475 crores in a single day

NASA's Engineered Mars helicopter is set to create a new record after a successful landing on Mars. According to the information, if all goes...
Read more

The statement claimed that the shutdown was effective in Karnataka and Andhra Pradesh. It has...
Read more

Electricity also gave the current of inflation! How expensive will the cooler-AC air supply cost from April 1, how will the money be...

Bihar Power New Electricity Tariff: At present, everyone is watching the decision of the state government....
Read more

Heat breaks record for 76 years, possibility of heatwave in these parts of India in coming days

According to the Meteorological Department (IMD), when the maximum temperature in the plains goes above 40...
Read more

Now your face will be a boarding pass, this facility will start from PM Modi’s parliamentary constituency Varanasi Airport

Start this special kind of fertilizer at home business, earning is excellent

In the era of organic farming, the demand for this type of fertilizer is increasing greatly....
Read more
Load more