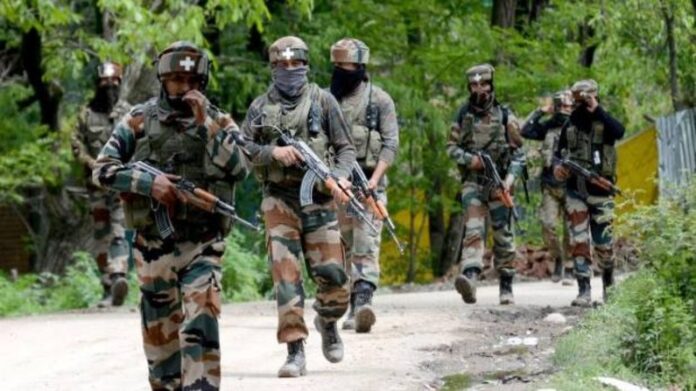 This year, 9 local youths who went missing and who were suspected of joining Militant Groups, have now returned home.

How successful the Indian government’s Kashmir policy can be gauged from the fact that Jammu and Kashmir is witnessing a significant decline in incidents related to violence and terrorism. According to a report, this year has seen a 25 percent drop in incidents related to terrorism as compared to last year. At the same time, the incidence of Kashmiri youths joining Militant Groups has also decreased.

This year, 20 youth from Kashmir have joined militant groups, while the number of youth joining terrorist groups was 167 in the same period last year. According to central security sources, 43 incidents of terrorist violence have been reported in Jammu and Kashmir so far this year, compared to 58 during this time last year. One local civilian has died this year in terrorism related incidents, while 6 civilians were killed last year.

This year, 9 local youths who went missing and who were suspected of joining militant groups, have now returned to their homes. This year, out of about 20 youth admitted to terrorist organizations, at least 8 youths were either killed in encounters or arrested. During the last one year, security forces have succeeded in surrendering at least 15 terrorists.

An appeal was made to the family of each terrorist trapped in the encounter to force that terrorist to surrender, so that they could be saved from the encounter. The same effort is going on from the security forces. Efforts are made to include the youth who have joined different terrorist groups in the mainstream through an appeal from their families. Simultaneously, it is also tried not to reveal the identity of the returning youth.

In this case, the Jammu and Kashmir Police works very efficiently. Along with counseling sessions of the returning youth, they are also being offered skill development, loan facilities for jobs or business startups. At the same time, they are also encouraged to share their grievances, needs and interests, so that their problems can be resolved.

There is also a decrease in the number of radicalized youth

Jammu and Kashmir DGP Dilbag Singh says that due to many efforts by law enforcement agencies, the number of radicalized youth has come down, along with that of the year 2018. In comparison, the number of Kashmiris involved in terrorism has also decreased. He said that the local fundamentalists and the social media handles being run by Pakistan are the main contributors in pushing the Kashmiri youth towards terrorism, although all these have decreased to a great extent due to the effective monitoring and strict law of the government. Constant retaliation is being taken against the propaganda being done against the government.

Facebook
Twitter
Pinterest
WhatsApp
Previous article‘UDF will decide Chief Minister after elections on April 6’, says Congress leader AK Antony
Next articleThis is how you can make 1 crore rupees in 15 years, know- where, how much and how much investment will have to be made

Delhi-NCR On Top For Startups

Delhi-NCR has overtaken Bengaluru and Mumbai in terms of setting up startups. Research firms TIE Delhi-NCR and Zinnov have submitted a report by cities...
Read more

Real estate sector coming out of Corona, sales catch up in these cities

According to the report, during this period, prices in Chennai have increased by 1.5 percent, while...
Read more

Ritu Soni, 46, living in Chhindwara, Madhya Pradesh, has been doing Rooftop Gardening on her terrace since 2017. On her 1200-square-foot terrace, she is...
Read more

Submit only 1724 rupees every month in this scheme of Post Office, you will get lump sum 31 lakh on retirement

The minimum age of entry in the Gram Suvidha scheme is 19 years and the maximum...
Read more

Millions of customers of these banks, including SBI, HDFC, PNB, should note, this service may be stopped from April 1!

TRAI has said that all units will have to meet the prescribed standards by 31 March...
Read more
Load more