Is RBI giving another chance to replace old notes of 500-1000 rupees that have been closed in demonetisation? Learn truth 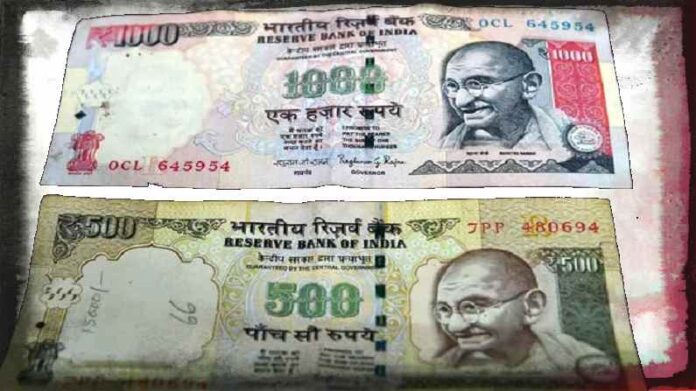 PIB has a fact check team, which investigates the rumors and fake information that is going viral, and tells the truth about it by taking information from the government or the system.

In this era of corona epidemic, people are giving more time on mobile, internet, laptop, etc. In the smartphone, the whole world has been reduced to our fists in a way. A lot of information is spreading fast on mobile and internet. If the information is correct, it is a good thing that they reach as many people as possible. But if the same information is wrong then there is a big problem.

If misinformation or misleading information or any rumor spreads rapidly to more people, then it becomes very difficult for the government and the system to deal with them, refute them and convey the right information to the people. Now see, it has been more than 4 years since demonetisation, but linking to it, a information is becoming viral on social media these days.

It is being said that the time limit for exchange of old notes of 500-1000 rupees that have been closed in demonetization has been extended. However, this facility is for special people like foreign tourists. It is worth noting that the letterhead format of the country’s central bank RBI, ie Reserve Bank of India (RBI), has an outstanding typed information about it.

What’s in a letter going viral?

A letter is becoming viral on social media. According to the information published on the so-called letterhead of RBI, another opportunity is being given by the government to exchange currency notes which were closed during demonetization in 2016. It is being said that the deadline has been extended to replace the old notes which have been closed in demonetisation.

What is the truth of viral message?

In the year 2016, Prime Minister Narendra Modi announced the ban on demonetisation (PM Modi Announcement) at 8 pm on 8 November. While announcing demonetization, he had talked about the closure of 500 and 1000 old notes. After this, people were given a chance to exchange notes for a long time. But this deadline is over.

No notification, guideline or order instructions were found regarding extension of time for exchange of notes on scrutiny of RBI website. The kind of letter that is going viral in social media, no letter is present on the website. In such a situation, no such decision has been taken.

The government information agency is a fact check team of PIB i.e. Press Information Bureau (PIB), which investigates the rumors and fake information that is going viral and tells the truth about it by taking information from the government or the system.

A #FAKE order issued in the name of @RBI claims that the exchange facility for Indian demonetized currency notes for foreign citizens has been further extended. #PIBFactCheck

The team of PIBFactCheck has described this information that is going viral as fake. PIB has given information by tweeting that the information getting viral is fake. That is, the time limit for exchange of currency notes which have been closed in demonetisation has not been extended. As far as foreign nationals are concerned, PIB has stated in its tweet that the deadline for foreign nationals to exchange Indian notes has ended in the year 2017 itself.

It is clear that the letter that is going viral on social media is fake. Demonetisation has become history in the country and there is no question of extending the deadline for exchange of closed notes. This claim has been proved to be fake in the investigation.

Also read: Will NEET PG Exam postponed due to Corona, not from April 18? PIB told the truth

Facebook
Twitter
Pinterest
WhatsApp
Previous articleIndia showed ability to move forward during epidemic, leaving many countries behind – Bank of America
Next articleWill the loan be cheap or expensive, the results of the RBI MPC meeting will be announced today

Air Asia flight Delhi was coming from Bangalore to Delhi, in which a passenger took off...
Read more

Oil companies are making profits amidst the huge increase in the prices of petrol and diesel....
Read more

Rakeshwar, the Cobra Commando who was freed from the clutches of the Naxalites 6 days later

On April 3 in Bijapur, Chhattisgarh, 22 Army soldiers lost their lives in an encounter with Maoists. Apart from this, 31 jawans were injured,...
Read more

Public Data Will be Sold on Social Media

"Public Data Will be Sold on Social Media, The Government Can Change The IT Act" Social media and tech companies may soon get approval to...
Read more
Load more