Home NEWS IndiGo will deliver your goods from home to airport and then home,...
NEWS

IndiGo will deliver your goods from home to airport and then home, start new service 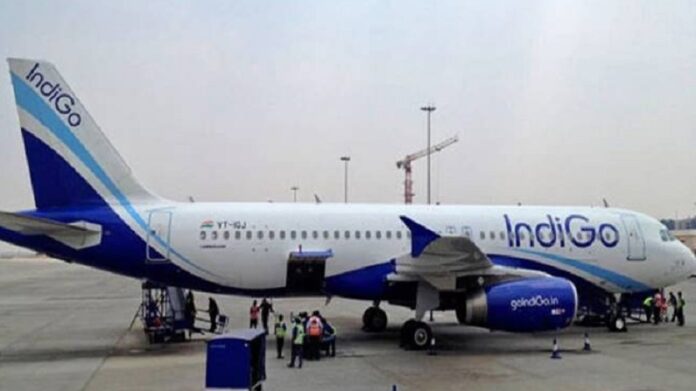 At present, this service will be available to air travelers from Delhi and Hyderabad. Under the door-to-door baggage transfer service, IndiGo will pick up the passengers’ luggage from home and transport it to the final destination.

There is good news for passengers traveling by airplane. Low-cost airline IndiGo has launched Door-to-Door Baggage Transfer Service to facilitate passengers. At present, this service will be available to air travelers from Delhi and Hyderabad. Under the door-to-door baggage transfer service, IndiGo will pick up the passengers’ luggage from home and transport it to the final destination.

The airline said it would later launch a facility called ‘6EBagport’ in partnership with CarterPorter in Mumbai and Bengaluru. Under ‘6EBagport’ the passenger’s luggage is safely taken and transported from the first to the final destination with tracking.

When will you get this facility

Earlier, IndiGo said that it has launched 14 new flights from 28 March under the regional connectivity scheme Udaan. These flights have been started on various routes including Bhubaneswar-Allahabad, Bhubaneswar-Varanasi, Bhopal-Allahabad, Dibrugarh-Dimapur, Shillong-Agartala and Shillong-Silchar.

read this also- Depositing money in banks is no longer a profitable deal, instead of increasing your money started to decrease, know why

read this also- SBI or post office know who is paying more interest on FD, check how much will be benefited

Facebook
Twitter
Pinterest
WhatsApp
Previous articleDeposit in banks is no longer a profitable deal, instead of increasing your money started to decrease, know why
Next articleThere will be no loss of gratuity if you change your job, you will be able to transfer like PF

Online coaching centers are making big money in the Corona era, the number of students is expected to increase by 600%

Since the lockdown, the coaching centers running across the country have turned to the online system....
Read more

Indian exports fell 6.05 percent to $ 26.13 billion last month as demand in the US and Europe markets declined. This figure was $...
Read more

‘Petrol-diesel cheaper due to elections’, Rahul Gandhi’s taunt on government for cutting prices

With the beginning of the new financial year, many rules regarding income tax are also going...
Read more

We all know Jio as one of the leading telecommunication and mobile network providers in the country. Launched in the year 2015, in a...
Read more
Load more