Home NEWS If new agricultural laws are not implemented, the goal of doubling the...
NEWS 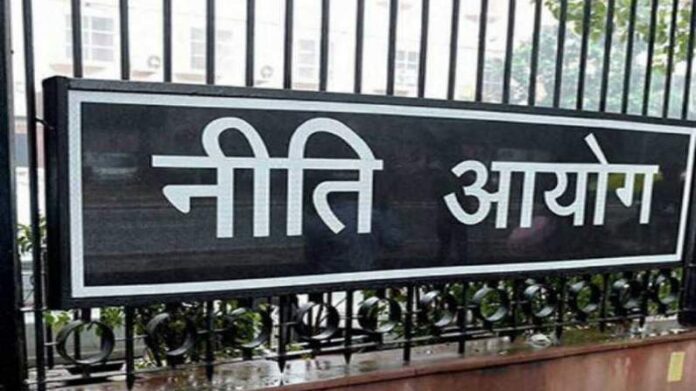 Niti Aayog member Ramesh Chand (Ramesh Chand, NITI Aayog) said, “The way out of this can only come from giving something and taking something. If you stick to your demand, then it will be difficult to find a right path forward.

NITI Aayog member Ramesh Chand (Ramesh Chand, NITI Aayog) has said that if the three new agricultural laws are not implemented soon, the target of doubling the income of farmers by 2022 will not be achieved. He said that the peasant unions should accept the government’s offer to discuss each section of these laws. NITI Aayog member (agriculture) Chand said that a complete ban on gene cultivated crops (GM crops) would not be the right approach.

Farmers unions on the border of Delhi have been opposing these new agricultural laws for the last four months. There have been 11 rounds of talks between the government and the unions about these laws. The last round of talks was held on 22 January. On January 26, after the violence in the farmers’ tractor rally, the conversation was broken. Farmers say that these laws will end the procurement of crops at minimum support price (MSP) by the states.

“If you stick to your demand, you will not be able to get out”

Chand said, “The only way out of this is by giving something and taking something. If you stick to your demand, then it will be difficult to find a right path forward. ” NITI Aayog member – Agriculture said that the government has given a strong alternative to the farmers’ leaders. It is an option to stop these laws for a year and a half. Chand said that the government is ready to consider these laws one by one with the farmers. Farmer leaders should consider this offer.

“Think on it with all a cool head”

He said, “There is plenty of time for a cool head and a balanced way of thinking. The initial process can be emotional or under some pressure, but I think now everyone will consider it with a cool head. ” Chand said, “Farmer leaders should give their feedback. They should demand a change where they feel that it is against their interest. ” He said that the agitating farmers should keep their words with their open heart, otherwise their silence will go against them.

“Confidence to double farmers’ income by 2022”

Chand said, “This image is being formed in the society that this movement has become political. In such a situation, farmers should study in detail. They should tell which provisions are against them. ” In response to a question, Chand said that any reform in democracy is difficult. This is even more difficult in India. Here politics has reached such a point in which the opposition, whatever it may be, opposes any decision of the ruling party. Asked whether the government is still confident of doubling the income of farmers by 2022, Chand said that these three agricultural laws are very important from the point of view of achieving these goals.

“Other reforms already underway have been halted”

He said, “I would say that if these three agricultural laws are not implemented immediately, then this target will not be achieved.” The Supreme Court has also stopped the implementation of these laws for the time being. Other reforms already underway have also stalled. ” The Supreme Court had on January 11 stayed the implementation of these laws till further orders. The court has also formed a four-member committee to remove the deadlock in this case. On GM crops, Chand said that the government should consider it case-by-case. Our idea should not be to support gene-promoted crops everywhere or to oppose them everywhere.

read this also – Delhi: ‘Stay at home on Holi and Shab-e-Baaraat’, CM Kejriwal and Lieutenant Governor’s appeal amidst the havoc of Corona

read this also – careful! Children under 10 years of age in Corona positive in Bengaluru, 472 infected in March

Experts are telling you how to make compost from potato peel

It is difficult to imagine life without food. Just as humans and other creatures need nutrients to survive and grow, in the same way,...
Read more

Mr. Manabu Yamazaki takes over the baton from Mr. Kazutada Kobayashi, who was at the helm for 9 years leading growth in the India...
Read more

Former Prime Minister of the country Manmohan Singh has advised the Narendra Modi government to overcome the difficulties of the economy. He has given...
Read more

How To Start Printing Press Business in India?

Today we are going to talk about how to start the business of printing press. Friends, you must have noticed that weddings take place...
Read more
Load more