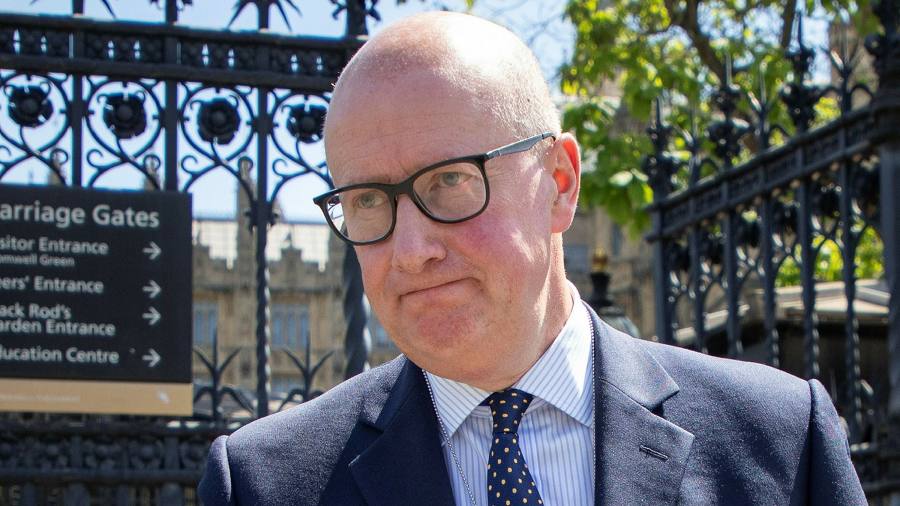 Boris Johnson’s former ethics adviser has clarified that he resigned this week due to “deliberate breaches” of worldwide legislation by the UK authorities, quite than simply over the slim concern of metal tariffs — because the prime minister had instructed.

“Emphasis on the steel tariffs question is a distraction,” Lord Christopher Geidt wrote in a letter to MPs. It was “simply one example of what might yet constitute deliberate breaches by the UK of its obligations under international law.”

He additionally pointed to the “government’s widely publicised openness” to such authorized violations.

Geidt had beforehand given an opaque clarification for his resignation when he wrote to Johnson on Wednesday.

In the resignation letter he indicated that his persistence had been worn skinny by the “partygate” scandal in Downing Street after which made a obscure reference to having been requested to approve “a deliberate and purposeful breach of the ministerial code”.

Johnson wrote in reply that his adviser had resigned after being requested for recommendation on an try to guard an important trade — understood to be metal — the place the federal government meant to impose tariffs on imports. The prime minister stated that may doubtlessly battle with the UK’s obligations below the foundations of the World Trade Organization.

But in Geidt’s new letter to MPs on Friday he stated he had not needed to provide Johnson advance cowl when the prime minister was planning to breach worldwide legislation. He didn’t provide different examples, however the UK has been accused of breaking worldwide legislation in varied cases in latest months, notably over its plans to tear up components of its 2020 Brexit settlement with the EU.

The former ethics adviser stated that express references to worldwide legislation have been faraway from the ministerial code in 2015. But he stated he nonetheless couldn’t be occasion to advising on any potential lawbreaking. “It is widely still held that a breach of international law would, in turn, represent a prima facie breach of the ministerial code.”

Johnson’s staff argues that Geidt give up as a result of he had come to the top of his tether after media criticism and a grilling by MPs at first of the week.

But Wendy Chamberlain, chief whip for the Liberal Democrats, stated: “This letter confirms what we already knew. Lord Geidt quit because he was sick of being asked to cover up for Boris Johnson’s lawbreaking.”