Home NEWS Foreign investors have not lost their trust even during the Corona era,...
NEWS 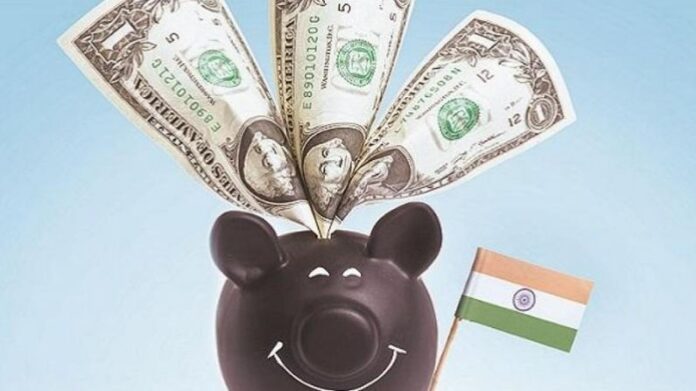 Despite the COVID-19 epidemic, foreign portfolio investment (FPI) in the equity market improved during FY 2020-21 (FY-21). In this connection, information has been shared by the Ministry of Finance on Tuesday.

Last year, the Indian economy suffered a lot due to the lockdown of the country due to the Corona period. Despite this, foreign investors’ confidence in the Indian market has not diminished. Investors invested heavily in the Indian stock market. According to the Ministry of Finance, despite portfolio (COVID-19), the foreign portfolio investment (FPI) in the equity market during 2020-21 stood at Rs 2,74,034 crore.

In this connection, the Ministry issued a statement saying that it shows the conviction of foreign investors in the fundamentals of the Indian economy. The government and regulators took several steps to improve the accessibility and investment climate for FPIs.

These include simplifying the regulatory system, online Common Application Form (CAF) for registration with SEBI, allotment of PAN and opening of bank and demat accounts. Due to this, the confidence of foreign investors in the Corona epidemic also remained on the Indian economy.

The Finance Ministry also said that investors’ interest has also increased due to better than expected improvement in the economy and trying new methods. Also, the announcements of several stimulus packages made by the government during the epidemic have also made large investments of FPIs in the Indian market.

Rupees were withdrawn in April and September

According to the report, during the financial year 2020-21, foreign investors invested a lot of money in the Indian stock market. However, in April, he had withdrawn Rs 6,884 crore and in September, Rs 7,783 crore. Later the situation was back to normal again.

Bank Strike: Bank employees may go on strike for a long time, work may get stuck, need to be dealt with soon

A bank clerk who grows vegetables without soil, income is 40 thousand rupees every month

Many people feel that plants cannot be grown without soil. but it's not like that. With the 'hydroponics method' (water culture) you can grow...
Read more

27-year-old Nabjit Bharali, who lives in Dhemaji, Assam, holds a Masters degree in 'Philosophy'. After completing his studies, he joined the transportation business. But...
Read more

How To Start Mineral Water Plant?

Today I am going to give you complete information about how to start the mineral water business, please read this article carefully and get...
Read more

How to start the business of making paper plates - Whenever you go to eat food at a wedding, you eat there on a...
Read more
Load more