Home NEWS Even after Corona's havoc, the stock market rose this week, know how...
NEWS

Even after Corona’s havoc, the stock market rose this week, know how much investors’ earnings 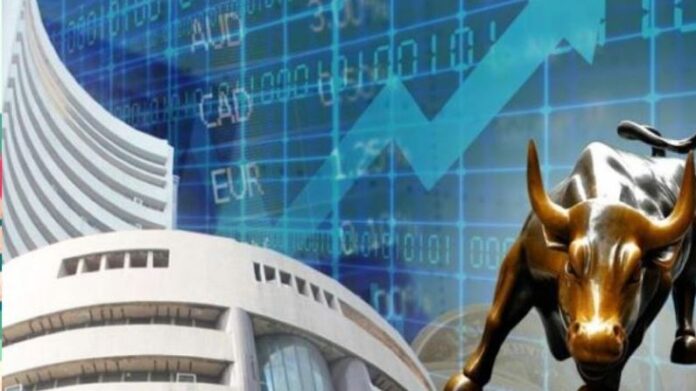 Due to strong global cues, the stock market in the country has seen a boom this week. After the increase in GST collections and the announcement of crores of rupees for infrastructure in America, the market saw a boom.

Despite the deepening havoc of Corona in the country, there was an outpouring in the stock market this week. The impact of strong global signals was also seen on the domestic stock market. The major Sensex index closed back above 50,000. At the same time, the Nifty also jumped about two and a half percent compared to the previous week. Due to the holiday of Holi and Good Friday, the Indian stock market traded only three days this week, in which one day there was disappointment in Dalal Street under the pressure of profit booking. Except this, the domestic stock market appeared strong for the remaining two days.

The stock market of the country remained closed due to the holiday of Holi on Monday in the beginning of the business week. But the next day, after the market opened, there was a boom in the market. On Tuesday, the Sensex closed 1128.08 points, or 2.30 per cent higher at 50,136.58 from the previous session after a tremendous jump in all sectors including IT, metal. At the same time, the Nifty also settled at 14,845.10 with a gain of 337.80 points, or 2.33 per cent, from the previous session.

On the first day of the new financial year 2021-22, the domestic stock market returned to awe again due to strong global cues on Thursday. The Sensex closed up 520.68 points, or 1.05 per cent, at 50,029.83 from the previous session. While the Nifty closed at 14,867.35, up 176.65 points or 1.20 percent from the previous session. The increase in the GST collection also maintained the momentum of the domestic stock market. The Goods and Services Tax i.e. GST collection in the country reached a record level of Rs 1,23,902 crore in the last month of March last financial year. At the same time, after the announcement of spending more than two trillion dollars on infrastructure in the US, there was a huge jump in the global stock market, which also saw a boom in the Indian stock market.

Facebook
Twitter
Pinterest
WhatsApp
Previous articleJasmin Bhasin on the Cover Page of The Lifestyle Journalist Magazine
Next articleAfter the intervention of the PMO, overnight the finance ministry decided to cut interest on small savings, know the whole matter

According to the assessment of the Department of Telecommunications, as of FY 2016-17, AGR outstanding over...
Read more

71 new trains to run from April 5, book from mobile without going to ticket counter Train Ticket

By defeating poverty and disability, this 11th pass boy created company of crores

Who says you can't dance without feet? Or can't play? Or cannot live a full, successful and happy life? Today we are introducing you...
Read more

This scheme is for 10 years and the minimum entry age is 60 years. ...
Read more

If you use your skills properly, then you can give employment not only to yourself but also to others. As Shobha Kumari, 48, hailing...
Read more
Load more