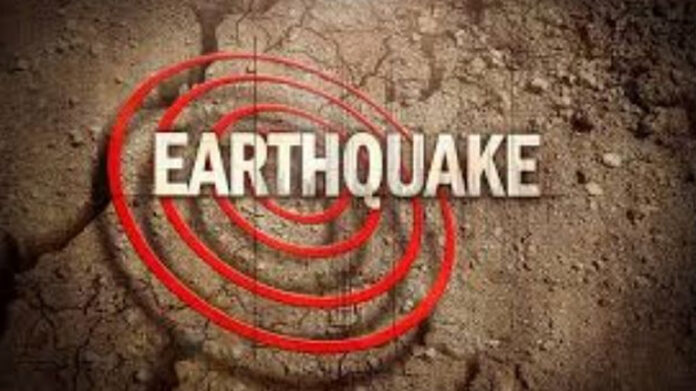 According to the National Center for Seismology, earthquake intensity near Andaman and Nicobar islands has been measured at 4.1 on the Richter scale.

Why does earthquake occur?

The earth is divided into many layers and below the ground there are many platter plates. These plates are stuck together, but sometimes these plates slip, due to which there is an earthquake. Many times it vibrates more and its intensity increases, due to this many water fires have come on the earth. In India, some zones have been determined on the basis of geographical movement occurring in the Earth’s crusts and in some places it is more and some places less.

On the basis of these possibilities, India has been divided into 5 zones, which tells where the highest earthquake risk is in India. It has the highest probability of earthquake in Zone-5 and less than 4, 3 less than that.

What to do and what not to do when an earthquake occurs?

1. As soon as you feel the tremors, you should sit under a strong table and hold it tightly.
2. As long as the tremors continue or you are not sure that you can get out safely, then sit in the same place.
3. If you live in a tall building, stay away from the window.
4. If you are in bed, stay there and hold it tightly. Keep a pillow on your head.
5. If you are outside, then go to an empty place, that is, away from buildings, houses, trees, electric poles.
6. If you are driving a car, slow the car and move it to an empty place and park it. Keep sitting in the car until the shock ends.
7. If you are outside, on the road or in the market, then reach the ground or open space nearby.
8. Do not stay close to tall buildings and walk away from them.
9. If you are stuck somewhere, do not run, it can cause more sharp shocks.
10. Try to stay away from trees and electric wires.

Relief to PW on Satyam

A scientist from Kerala became a farmer, planted 800 such exotic fruits

This is the story of a Kerala scientist who left his job to return to his village to serve his ailing mother. After returning...
Read more

Things To Be Remember Before Stating Gift Shop Business in India

Our country is all-encompassing & in our country, you will find all kinds of people, someone likes to do a job, but someone does...
Read more

Health Minister Dr. Harsh Vardhan and his wife took the second dose of the vaccine, sharing their experiences

Global Recession – Crude Oil May Be Worth $20