Home NEWS Deposit plastic in the bank, you will get money ... Different plastics...
NEWS

Deposit plastic in the bank, you will get money … Different plastics are getting from 10 to 25 rupees / kg.

What comes to your mind after hearing the name of the bank. Money Transaction. But, now such a unique bank has opened in Varanasi, which will give you money to cleanse the environment. Here you will deposit a plastic crate and in return you will get goods and money. Isn’t it different?

The ‘Plastic West Bank’ has been opened in Varanasi. This bank will deal with plastic waste only. Here, any person, plastic West Bank volunteer or consumer can bring and deposit plastic and in return he gets a bag or face mask.

The special thing is that if you deposit a large amount of plastic there, you will get money according to its weight in return. According to the Municipal Commissioner, this entire system is working on the PPE model in which KGN and UNDP have a role.

According to the city commissioner, a 10-metric ton plant is set up in Ashapur, Varanasi. There are 150 cleaning friends there. They say that single use is a plastic ban. Despite this, it is being used indiscriminately. In this case, efforts are being made to recycle plastic.

On the other hand, Director of KGN Company, Sabir Ali says that one kg of polythene is given 6 rupees. It sells for 8 to 10 rupees. About 2 tons of polythene is collected daily in the city.

Not only this, the used drinking bottle means PET is sold at Rs 25 per kg. It sells for 32 to 38 rupees after processing. Plastic buckets, cans and mugs are called PP and LDP. They are bought at the rate of 10 rupees a kg. The bank takes all the recycled waste like card board etc.

It is being claimed that these plastic wastes are deposited at the plant in Ashapur. After this, the PET bottle is pressed into a hydraulic bulling machine and bundled and sent for processing. Other plastic waste is also separated and recycled.

From here, the waste is collected and sent to other places including Kanpur. There, plastic pipes, polyester threads, shoe laces and other materials are made from plastic waste by machine.

Experts say that polyethylene is very dangerous for our environment. The way our environment has become increasingly contaminated in the last few decades, plastic is a big reason behind it. On burning the plastic, carbon molecules are released, which are small and light. They get inside our nostrils.

This reduces the human’s ability to breathe. Plastic is also not destroyed. It can only be recycled. This is considered dangerous for humans as well as animals. In such a situation, the best initiative is being taken in Varanasi.

Due to the increasing pollution of plastics, the United Nations has changed the rules of export of plastic products by developed countries to developing countries.

According to the rule, such plastic products will not be sent to rich and developing countries, which cannot be recycled or it is very difficult to recycle. New international rules to deal with the plastic threat have come into force from the year 2021.

The new rule has also come into force from 1 January. The United Nations has set a target of making the sea clean and plastic-free in the next 5 years globally. The European Union has banned the sending of non-recycled plastic waste to developing countries.

Such claims are made that large quantities of waste are not properly treated in plastic products sent from developed countries to poor and developing countries. A large part of it either goes into the ground or is thrown into the sea. Poor countries do not have treatment for these plastic products. From here, there is a possibility of widespread spread of pollution. 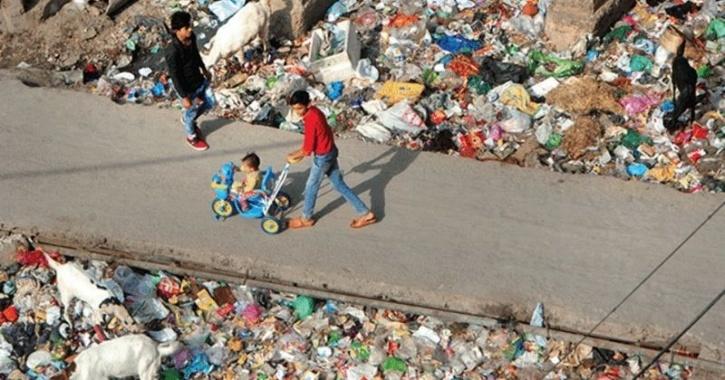 In such a situation, from January 1, 2021, only such products are being sent to such countries which can be recycled. The European Union has been asked to implement stringent regulations on the export of plastic products to OECD countries and shipment of plastic waste.

Home made oil to remove dandruff from daughter’s hair, this has become the business of millions

In today's era, there will be hardly anyone, who will not have any problem related to hair. Some are troubled by hair loss, others...
Read more

How to get duplicate copy if you lose your Aadhaar card, know the easy way

If you lose the Aadhaar card, you can apply for a duplicate copy of it on...
Read more

As we all know that our country is an agricultural country and the main occupation of a large part of our population is agriculture-based....
Read more

Recession in Real Estate? What happened that Godrej Properties sold 275 flats for 475 crores in a single day