Home NEWS Corona has the most active cases in 10 districts of the country,...
NEWS

Corona has the most active cases in 10 districts of the country, 8 only in Maharashtra, Delhi is also named in the list 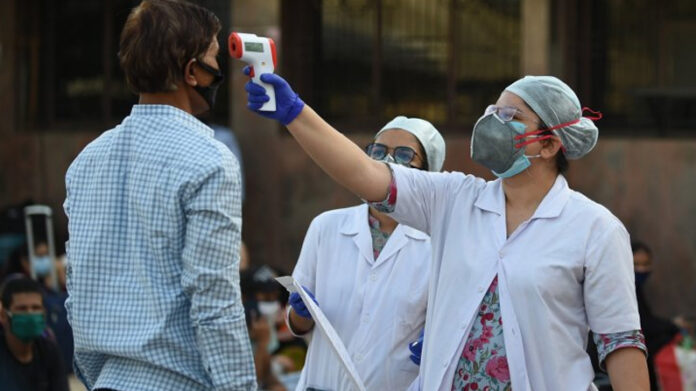 Corona has the most active cases in 10 districts of the country, 8 only in Maharashtra, Delhi is also named in the list.

Of the 10 districts most affected by COVID-19, Delhi has been taken as one district, the other eight districts are from Maharashtra – Mumbai, Nagpur, Thane, Nashik, Aurangabad, Bengaluru Urban, Nanded, Ahmednagar are the remaining districts. The active rate of COVID cases is 5.65%. The weekly average of Maharashtra is 23%. Corona cases are increasing in the country, but the most new cases are coming out from Maharashtra. The weekly average of 8.82% in Punjab, 8% in Chhattisgarh, 7.82% in Madhya Pradesh, 2.50% in Tamil Nadu, 2.45% in Karnataka, 2.2% in Gujarat and 2.04% in Delhi is reported by the Union Health Secretary Rajesh Bhushan. .

We talked to 47 districts of the states. He was requested that if the cases are increasing then why the number of tests is not increasing. RTPCR test is asked to focus on RTPCR. Have spoken for rapid test in densely populated areas. Effective and immediately positive attendants have been asked to perform isolation but it was seen whether those who are in isolation at home are meeting the rest of the people or not?

Delhi has done well in isolation. Close contact tracing should be done in the first 3 to 3 days i.e. those people who have come in contact but it is seen that it is not being tracked properly. States were asked to dedicate COVID to public and private hospitals as COVID Hospitals were opened to common patients with less cases.

Covid unpopular behavior needs to be enforced, ranging from fine, using the law and conducting awareness campaigns. States were told that the surges of new cases are being seen and their coverage should be there. There are 11064 genome sequences among ten national labs, of which 807 are UK variants. 46 South African Variant 1 Brazilian Variant will start giving vaccine to those above 45 years from April 1.

Manoj Parida, Advisor to the Administrator, said that a lot of efforts are being made by the Health Department, but due to the low number of samples, they are not able to extend the test. He said that PGI and GMCH-32 have been asked to increase the capacity of RTPCR investigation.

TaxBuddy.com & FinBingo.com announces plan to cover the cost of the Covid-19 vaccine for its employees and their immediate family members

Mumbai, 30th March 2021:Mumbai based Fintech Startup, TaxBuddy.com & FinBingo.com, is furthering its commitment to protect the health, safety and well-being of its employees...
Read more

Among the congested streets and traffic of Bengaluru, Richards Town is home to Jinsey Samuel. At first glance, you will see a beautiful colorful...
Read more

This scheme is for 10 years and the minimum entry age is 60 years. ...
Read more

Government is giving 10 thousand rupees to these people till March 31, know- who can avail?