Home NEWS Chhattisgarh: These are the names of 22 soldiers who were martyred while...
NEWS

Chhattisgarh: These are the names of 22 soldiers who were martyred while fighting for the country in the Naxalite attack. 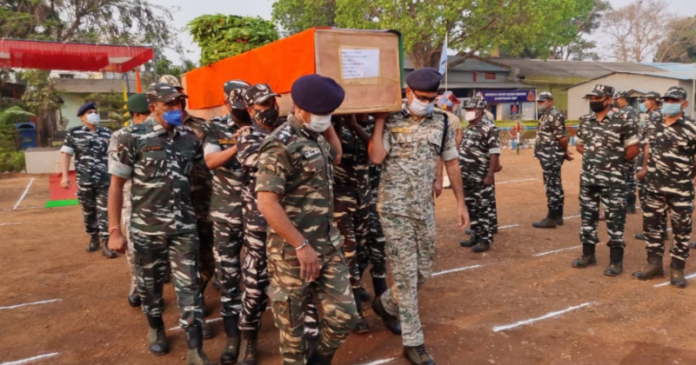 On Saturday, an ambush attack on a team of security forces which came out for joint operation in a Naxal-affected area in Bijapur, Chhattisgarh, reported that 22 soldiers have been killed, 33 injured and 1 missing. Since this incident, there is an atmosphere of mourning in the whole country and all the soldiers and their families are praying for them.

The police have got the bodies of all the 22 soldiers who were martyred at present.

The incident took place in Jonaguda, a jungle between Bijapur and Sukma district, where Naxalites surrounded a team of jawans and for 4-5 hours there was a continuous gunfight on both sides.

According to the report of the Hindustan Times, about 400 Naxalites were involved in this attack. Talking to news agency PTI, IG Sundarraj P. of Bastar Range said that among the 22 personnel killed, 8 were from District Reserve Guard (DRG), 7 from Commando Battalion COBRA of CRPF, 6 from Special Task Force (STF) and 1 from CRPF.

Here are the names of those soldiers who were martyred while fighting for the country: 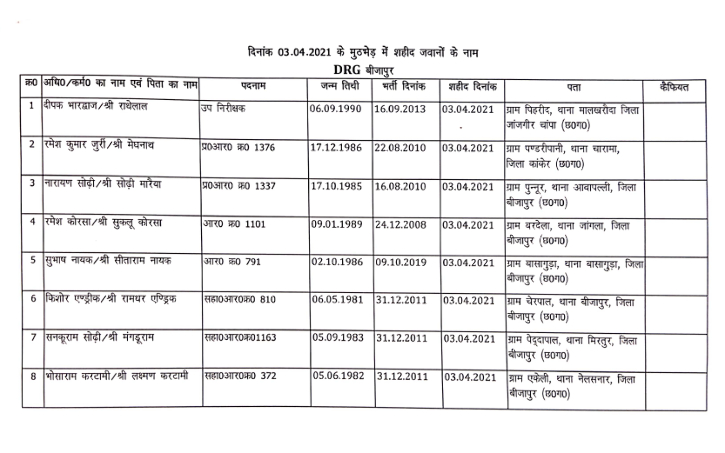 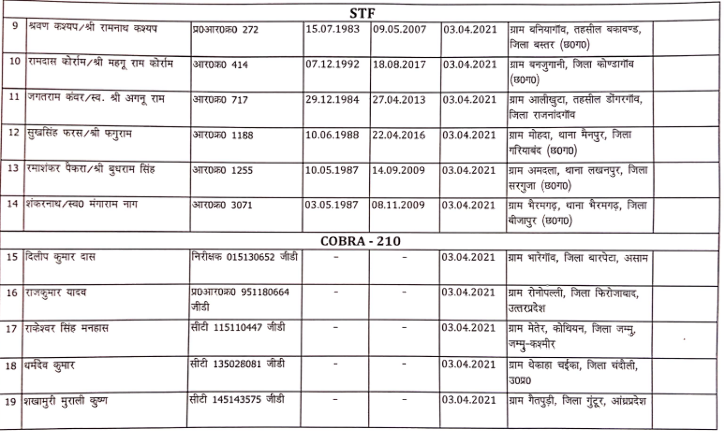 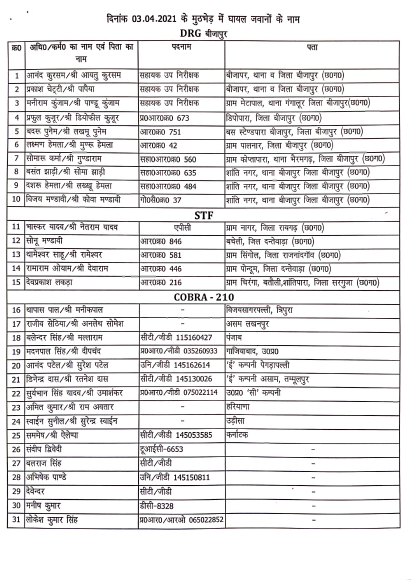 While people from all over the country paid tribute to the martyrdom of the soldiers, Home Minister Amit Shah said in strong words that the answer will be given at the right time.

The killing of the security personnel while battling Maoist insurgency in Chhattisgarh is a matter of deep anguish. My condolences to the bereaved families. The nation shares their pain and will never forget this sacrifice.

My thoughts are with the families of those martyred while fighting Maoists in Chhattisgarh. The sacrifices of the brave martyrs will never be forgotten. May the injured recover at the earliest.

Absolutely tragic to hear about the loss of lives of our brave jawans. My condolences to the bereaved families.

22 bravehearts have sacrificed their lives fighting Maoists in Naxal Attack in Bijapur.

My condolences to the families of all those bravehearts who have laid down their lives in the call of duty.

It’s heartbreaking!!!We lost our 22 Soldiers during #NaxalAttack. May God give strength to their families. May their soul rest in peace… Saluting the courage, valour and sacrifice of our soldiers…#NaxalAttack #NaxalGarh_Chhattisgarh#JaiHind 🇮🇳 pic.twitter.com/guhxOYO6CR

Salutations to the martyred soldiers.

Facebook
Twitter
Pinterest
WhatsApp
Previous articleRBI merged with this state-run bank, case filed in Gujarat High Court
Next articleWhat to do if you find a torn note while withdrawing cash from an ATM, know your rights

Delhi: Some improvement in air amid rising pollution, know how long this relief can continue

In Delhi (Delhi) and its adjoining areas, air quality has been recorded in the 'Moderate' category...
Read more

Pandemic & Layoffs: Is It A Good Time For Startup To Grow Business?

Big chance in the epidemic - If you want to get a job in startups, this news will make you happy! Amid the rapidly spreading...
Read more

Piyush Goyal dismisses allegations of assault on nuns in UP, says Kerala CM

Prime Minister Narendra Modi will do ‘Mann Ki Baat’ tomorrow, can talk on Holi and Corona in the 75th episode

Today, many farmers of the country, understanding the ill effects of chemical farming, are returning to organic and natural farming. Especially, young farmers are...
Read more
Load more