Home NEWS careful! Children under 10 years of age in Corona positive in...
NEWS 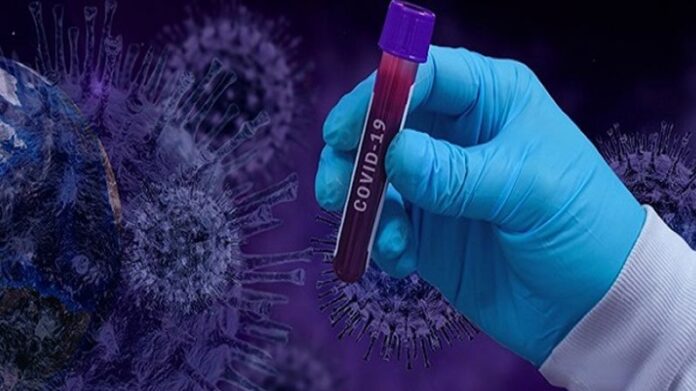 Coronavirus outbreaks are spreading rapidly. Cases are constantly increasing. Meanwhile, shocking figures have emerged from Bengaluru, where more children below 10 years of age are being found positive as the number of COVID-19 cases increases. This month, 472 children under 10 years of age have been found corona positive and it is expected that by the end of this week the number may reach 500.

Of the 472 corona positive children found in Bengaluru, 244 are boys and 228 are girls. Experts say that the second wave of virus has affected children more than last year. The family is moving out of the house, due to which the cases of corona in the family are increasing because it is happening continuously.

A member of the Karnataka Technical Advisory Committee says that a year ago there were no cases of children because they were not exposed to the virus. They were confined to their homes during the lockdown. Now, they are going to the parks or playing in the common areas of their apartment complex. In addition, children can also act as coronavirus carriers. Experts say that it is difficult to get children to wear masks properly and to do social distancing.

Corona figures in the country

In India, 62,714 new cases of COVID-19 have been reported in the last 24 hours, which is the highest number of infections in a single day this year. With this, the total cases of infection in the country has increased to 1,19,71,624 while in 2021, the number of people who lost their lives in the first day crossed 300. According to the data released by the Union Health Ministry on Sunday, the cases of corona virus have increased for the 18th consecutive day. The number of under-treated cases in the country has increased to 4,86,310 which is 4.06 percent of the total cases while the rate of healthy people has come down to 94.58 percent.

Corona death rate in the country is 1.35 percent

According to the data released till eight o’clock in the morning, 62,714 new cases of infection were reported in the last 24 hours, which is the highest since October 16, 2020, while the death toll has increased to 1,61,552 with the loss of 312 more lives. This is the highest number of people who have lost their lives with the corona virus in about three months. Earlier, on 25 December 2020, 336 people died in one day. At the same time, on October 16, 63,371 new cases of infection were reported in 24 hours. So far 1,13,23,762 people have recovered from this disease, while the death rate is 1.35 percent.

One crore cases of corona in the country exceeded in December

Mann Ki Baat: ‘What happens is light house tourism’, PM Modi said, how it will be helpful in increasing tourism

Facebook
Twitter
Pinterest
WhatsApp
Previous articleBJP will form government in both states, Amit Shah’s claim after first phase of voting in Bengal and Assam
Next articleAssam Election 2021: Manranjan Brahma the richest candidate with assets of 268 crores, 20 bank accounts and 429 vehicles

Ever since the Coronavirus or COVID-19 broke out in Wuhan, China, it has spread throughout the world at a very rapid pace. A virus...
Read more

Employee attrition is a problem which most companies fail to overcome. There may be many reasons contributing to employees’ attrition including belligerent management, a...
Read more

Your take home salary will not increase from tomorrow, just a day before the implementation of the new rule, the government postponed the decision

Under the new salary law, there was a talk of 50% of the basic salary in...
Read more

Coronavirus has had the greatest impact on employed people. A large number of people have lost their jobs due to business being stalled. The...
Read more
Load more