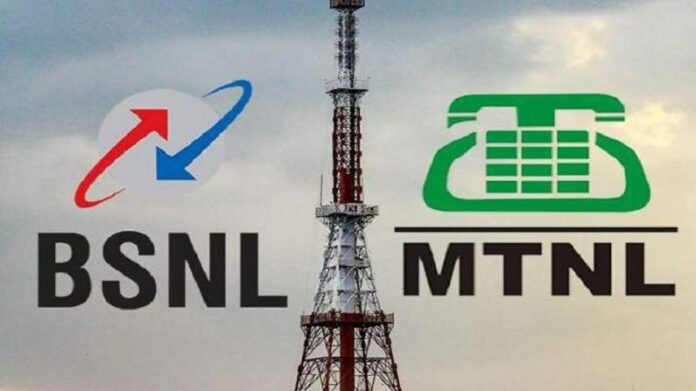 According to the assessment of the Department of Telecommunications, as of FY 2016-17, AGR outstanding over BSNL was Rs 5,835 crore and in case of MTNL it was about Rs 4,352 crore.

Public sector telecom companies Bharat Sanchar Nigam Limited (BSNL) and Mahanagar Telephone Nigam Limited (MTNL) have not yet paid arrears of Rs 10,000 crore towards adjusted gross revenue (AGR) items. Official sources gave this information. According to the assessment of the Department of Telecommunications, as of FY 2016-17, AGR outstanding over BSNL was Rs 5,835 crore and in case of MTNL it was about Rs 4,352 crore. This includes interest on penalties, fines and fines.

According to the official source, BSNL and MTNL have not paid any amount towards the AGR dues. Last year, the Supreme Court had directed the telecom operators to pay 10 per cent of the total dues by 31 March 2021 as per the demand of the Department of Telecommunications by 31 March 2021.

BSNL and MTNL were not parties to the AGR case in the Supreme Court. But in the list of companies in the AGR dues case of the Department of Telecommunications, the names of the public sector telecom companies were there.

These companies owed so much

604 crore were jointly owed to Loop Telecom, Etisalat DB and S Tel (S Tel), which closed their businesses in India.

read this also- Indian Railways: 4 Shatabdi will run from April 10, a Duronto and a Humsafar special train, learn routes and time table

Facebook
Twitter
Pinterest
WhatsApp
Previous articleIndian Railways: 4 Shatabdi will run from April 10, a Duronto and a Humsafar special train, learn routes and time table
Next articleHere Petrol Pump will open on the ground of prison, 400 inmates will get work, will earn so much

Saral Pension Yojana: Money will not be a problem after retirement, life pension will be available on investment in this scheme

This is what the Congress people want all over the country and Rahul Gandhi ji needs...
Read more

So far in April, gold has become expensive by 1962 rupees, while 4043 rupees has become...
Read more

How To Target The Right Audience and Rule The Market