Home NEWS After the public, now demand for loan Moratorium for the government, know...
NEWS

After the public, now demand for loan Moratorium for the government, know the whole matter 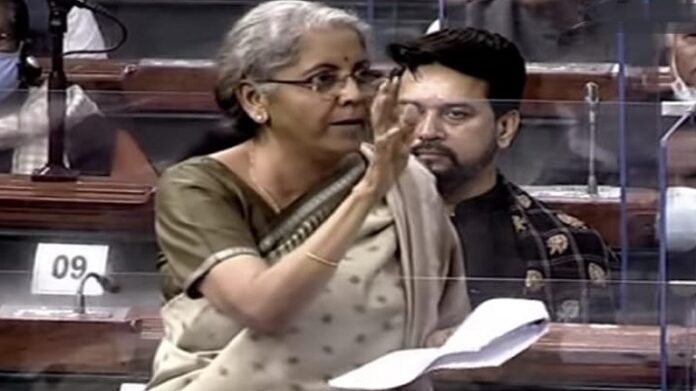 The Installment Recovery Suspension Initiative (DSSI) came into effect from 1 May 2020 and 73 countries have taken advantage of it.

For the support of poor countries, the Finance Minister advocated extending the debt service suspension initiative by six months to December 2021.

Finance Minister Nirmala Sitharaman has advocated extension of six months to December 2021 in order to extend the extension of loan repayment to poor countries in view of the COVID-19 crisis. In April last year, the World Bank and the International Monetary Fund (IMF) had asked the G-20 countries to launch the Installment Recovery Suspension Initiative (DSSI). The objective of DSI is to help poor countries so that they can focus on the use of their resources for the prevention of epidemics and the protection of the lives and livelihoods of poor and crores of deprived sections.

This initiative came into effect from May 1, 2020 and more than 40 eligible countries were given relief of about $ 5 billion. The G20 also called on private lenders to join the initiative. The suspension period was to end on December 31, 2020 but was extended to June 2021. In a statement on Wednesday, the Finance Ministry said that while attending the second meeting of G-20 finance ministers and central bank governors headed by Italy, Sitharaman said the global challenges are on track to bring strong, sustainable, balanced and inclusive growth. Discussed policy measures to deal with. According to the statement, “The Finance Minister advocated extending the debt service suspension initiative by six months to December 2021 to support low-income poor countries.”

In addition to supporting the financial needs of the poorest economies at the meeting, the G-20 member countries also discussed progress in terms of international taxation agenda, issues related to epidemic related financial regulation and promoting green measures. Referring to the discussion in the G20 on climate change, the Finance Minister stressed the need to progress the commitments made under the Paris Agreement on Climate Finance and Technology Transfer. He suggested that green measures with low carbon emissions need immediate attention to meet the challenges and bring growth back on track, with funding flows from international financial institutions, especially for developing and low-income countries.

Nearly 9 crore people have been vaccinated so far

Sitharaman also urged the G20 countries to ensure uniform and wide distribution of the vaccine. He also said that India is rapidly pursuing the biggest vaccination campaign and has become a major global producer of vaccines and medical products, especially during epidemics. Sitharaman said that vaccine supplements have been made available to more than 8.7 crore citizens so far in the vaccination campaign in India. In addition, more than 6.4 crore doses have been supplied to 84 countries. One crore of these supplements are in the form of grants.

Also read, RBI’s order to banks, return to customers interest on interest charged at the time of loan moratorium

Also read, Gautam Adani is out of the top 20 list of the rich, a loss of 22 thousand 500 crores in networth in one day

In the case of small savings, West Bengal is number one, know why special discussion is happening between elections

Unemployment rates in India have increased by 23% since the onset of the lockdown due to COVID-19. While COVID-19 is to be blamed for...
Read more

To get rich as soon as possible, it is beneficial to start investing from a young...
Read more