Home NEWS After all what happened that passengers took off all their clothes on...
NEWS 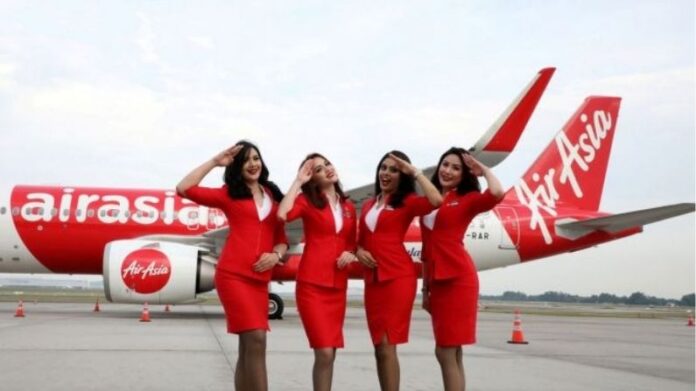 Air Asia flight Delhi was coming from Bangalore to Delhi, in which a passenger took off his clothes after an argument with the cabin crew.

A passenger aboard this plane said that the dispute started over the life jacket.

On AirAsia flight coming from Bangalore to Delhi, a passenger suddenly started clashing with a cloth after which there was a ruckus. According to the report of ANI, Air Asia flight Delhi was coming from Bangalore to Delhi. A passenger boarded this flight, which started an argument with the cabin crew. Meanwhile, he suddenly started unbuttoning his clothes and removed the entire clothes. A passenger aboard this plane said that the dispute started over the life jacket.

Air Asia spokesperson confirmed the incident. He said that on April 6, a passenger boarded a flight i5-722 coming from Bangalore to Delhi. He misbehaved with the cabin crew member. Many times it was requested from the passenger that other passengers are also having problems and they pay attention to their behavior. Despite repeated saying, he ignored it. During this time, he took off all his clothes, due to which the other passengers on the flight also suffered a lot.

Later, cabin crew overcame the passenger with the help of other passengers and the pilot was informed. The pilot was told everything about his behavior. After this, the pilot informed the Delhi Air Traffic Control Room about the incident. After the plane landed in Delhi, it was immediately handed over to the police.

Delhi Police has registered a case

Regarding this incident, it was also said on behalf of the airline that we take full care of the safety and respect of our passengers. But the airline follows a no-tolerance policy regarding such behavior. We condemn this kind of incident. Delhi Police has registered a case against that passenger. The airline did not put that passenger on the no-fly list until the news was written.

Also read, in this scheme of Post Office, deposit only 1724 rupees every month, you will get a lump sum 31 lakh on retirement.

Deadline of these things, including auto debit, PAN card, why the government extended the deadline at the last moment

In view of the increasing case of Corona virus in the country, the government has given...
Read more

Ritu Soni, 46, living in Chhindwara, Madhya Pradesh, has been doing Rooftop Gardening on her terrace since 2017. On her 1200-square-foot terrace, she is...
Read more

Now your face will be a boarding pass, this facility will start from PM Modi’s parliamentary constituency Varanasi Airport

Currently, India’s whopping $2.6 trillion economy stands at 6th position in the world. It is already at the halfway point of the target set...
Read more
Load more