Home NEWS 2020 returns? The workers are returning home for fear of lockdown,...
NEWS

2020 returns? The workers are returning home for fear of lockdown, remembering the restrictions of last year 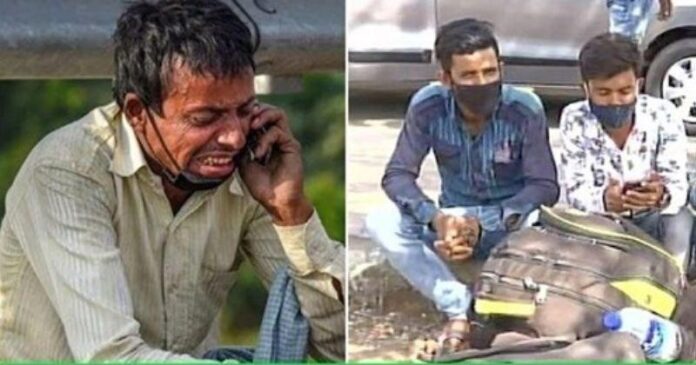 At such a time, migrant laborers living in major cities like Delhi, Pune and Mumbai are once again preparing to return home. According to some media reports, a large number of laborers are reaching the railway stations and bus stations of these cities.

Talking to news agency ANI, a laborer says that he was stuck there since the lockdown last time. Again, he wants to avoid such situations. That is why they are still working on a plan to return home.

Maharashtra: Amid surge in COVID19 cases, migrant workers in Mumbai are returning to their native places

“We fear there’ll be another lockdown. Last time we ran out of money, our families are worried. Our income has been affected too, that’s why returning”, says a migrant worker pic.twitter.com/HZA11YBg3O

Please tell that after Maharashtra and Madhya Pradesh, many restrictions have started in Chhattisgarh, UP, Punjab, Haryana, Gujarat. Things like last year are being seen once again.

Delhi: Amid surge in #COVID19 cases, migrant workers were seen leaving from Anand Vihar Terminal for their native places

“Had got stuck here during lockdown, want to avoid any such situation again. It’s better to go home for now,” said a migrant from Bihar

The situation in Pune is such that patients are not getting beds and ventilators. In such a situation, the Municipal Corporation has sought help from the Army. The army hospital in Pune has 335 beds and 15 ventilators.

Will the lockdown happen again ?, these 5 major concerns are haunting the general public, know everything here

Facebook
Twitter
Pinterest
WhatsApp
Previous articleUBER’s big gift to Delhiites, the company will give riders up to 1.5 crores for free, the government will also benefit
Next articleIf you are applying for a loan, then take care of these 5 things, the application will never be rejected

Delhi: ‘Stay at home on Holi and Shab-e-Baaraat’, CM Kejriwal and Lieutenant Governor’s appeal amidst the havoc of Corona

On Saturday, 1558 new cases of coronavirus were reported in Delhi, while 10 patients died, which...
Read more

Gold rate today: gold bounce due to fall in rupee, know today the price of 10 grams of gold

Running a payroll seems to be a difficult and time-consuming task. To make the entire thing simple, more and more companies are going for...
Read more

Facing a shortage of ideas for the website. Don't worry its a common issue. Usually, every writer faces this issue once in a while...
Read more
Load more