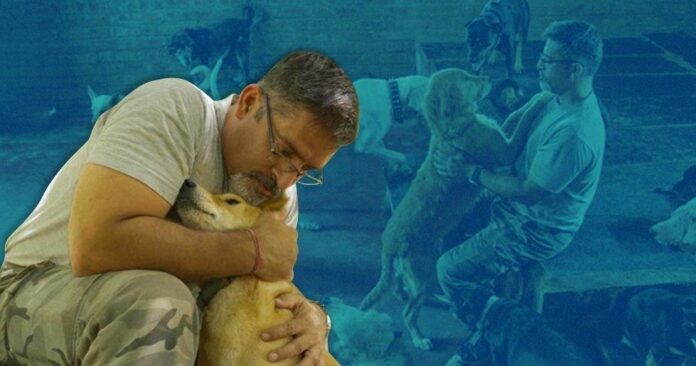 Last year (2020) a video went viral in which around 100 dogs were allegedly poisoned and killed in two days from Siddipet district in Telangana. To this event Compassionate Society of Animals (CSA) The member of Vidya made a video through social media. The municipal corporation was accused of poisoning the dogs and killing them. It is very ruthless that the life of an animal is considered to have no value.

However, there are many such people in the country who have sacrificed everything for destitute dogs. Rakesh is one such living example. To sell stray dogs, he sold 20 vehicles and three houses.

Rakesh has prepared a farm house (Dog Sanctuary) for more than 800 stray dogs or abandoned dogs. His firm also has 7 horses and ten cows. Here no animal is tied with chains. When they have a mind, they swim in the swimming pool and when they have a mind, they graze the grass in the farm. The people of the area recognize Rakesh in such a way that the destitute dogs remember him only to save them.

Among the dogs that Rakesh is rearing, it is not just the dogs who roam in the streets. They also have dogs, who have ever served in the Mangalore police. Actually, Dogs living in the force are less active after an age, they are kept aside. Since these dogs cannot be killed, they are kept in the dog house, in which Rakesh helps. 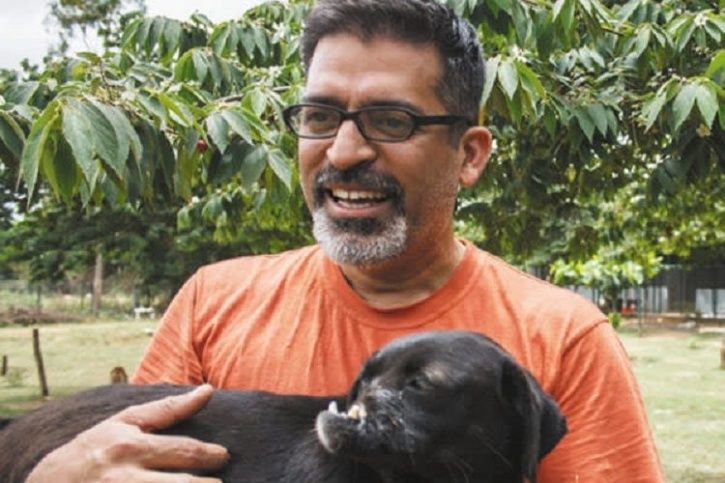 How did the series begin?

Today Rakesh has become famous as the ‘Dog Father’. Rakesh, 48, is a businessman who worked in various places around the world before starting his business in Bangalore.

Rakesh started his work in the year 2009. This year, he brought a 45-day Golden Retriever ‘Kavya’ to his house. A few months later an incident occurred, just like everyday he went out on the walk with his dog and during that time he saw a Puppy. It was able to save his life as a result of the raining rain. He brought her home and named her Lucky. enough The process of rescuing the straw dogs started from here.

Initially, this was also opposed by his wife himself, after which he bought land and built a farm house and gave shelter to these dogs.

Spend 1.5 million for ‘Voice of Stray Dogs’ out of your own pocket

This series started from saving one and reached hundreds. After which Rakesh registered an organization called Voice of Stray Dogs (VOSD), which works for the Stray Dogs and their rehabilitation. He invests 15 lakhs every month in the care of these dogs. 90 percent of the funds in Rakesh’s organization VOSD comes from his own Tech firm (TWB). He created such technology, resources and infrastructure, which is used in the protection of dogs. Here mental, physical and medically ill dogs are taken care of. 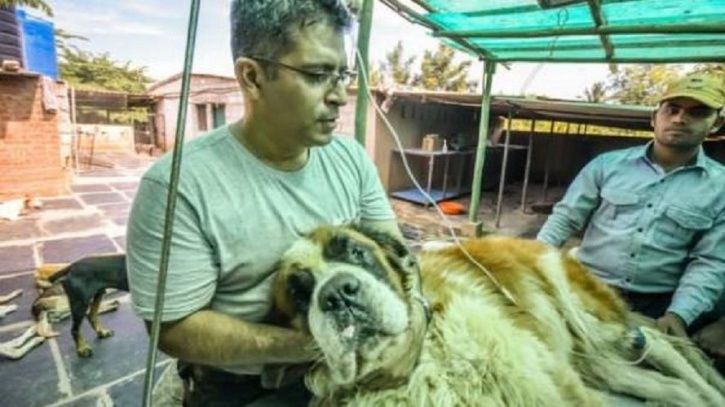 Interestingly, Rakesh runs his own IT firm from Farm House. He does all his work online through the Internet. Stray homeless dogs have got homes with the ‘No Kill’ policy. Today a whole team is present here to take care of them. There are veterinary doctors when they are sick, food is there when they are hungry.

We live in a world where no one cares about others and only cares about themselves. But that’s not the case in this Delhi...
Read more

6 Toxic Behaviors That Push People Away: How To Recognize Them?

We are human beings. We have life and need to face death also we have a feeling. We feel relationships, bonds and we feel...
Read more

Uttar Pradesh government will now give house on rent cheaply, know who and how can avail this scheme

The Union Government announced the Affordable Rental Housing Complex Scheme in the Budget 2021 under the...
Read more

How To Start Saving Money For a House?

Buying a house before turning 30 may just be one of the most common financial goals. However, having your dream house isn't just fanciful;...
Read more
Load more