Home INDIA Innovation of college students! Made such clock, inside which CCTV camera...
INDIATECHNOLOGY

Innovation of college students! Made such clock, inside which CCTV camera will be hidden

This year’s award of Smart India Hackathon 2020 organized by the Ministry of Education was given to the students who designed the surveillance device by putting CCTV camera on the watch under a great idea.

The purpose of Smart India Hackathon is to try to solve social problems. In this competition, students try to make such products, which have the ability to solve a problem. This time the winning team solved the problem of CCTV camera.

Wherever CCTV cameras are installed for surveillance, anyone can easily see and damage them. In many cases, people know that they are under the surveillance of CCTV cameras. In such a situation, there was a need for a second device that can monitor and nobody knows.

This was solved by fitting the CCTV camera to the watch. The camera of this device is equipped with IoT and looks like the clocks present at the railway station.

With the help of this hidden camera, the culprits can be easily caught, because by looking at the clock, they will never feel that there can be a camera in it. Because of this, there will also be no incidents of criminals damaging it.

This device was made by the students of Punjab’s Lovely Professional University and QIS Engineering College in Andhra Pradesh. Both were declared joint winners of this award.

Read: This farmer has helped hundreds of farmers with his innovation, has received national awards and patent 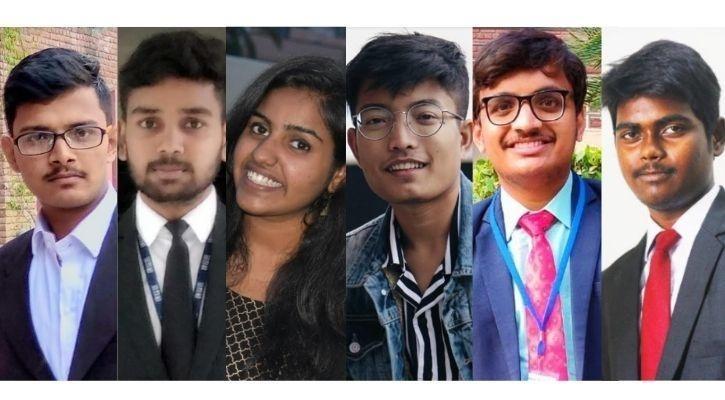 On this victory, Arun said, “I am proud that we won the Smart India Hackathon. The energy here was different, it improved our thinking more. The joy of winning on such a big stage is different. I am in my college. I would also like to thank those who always supported me in the competition. ”

In competition, the winning team gets a chance to patent their innovation/product and then this idea is also implemented. Along with this, the winning students also get job opportunities in top companies during the hackathon.

Facebook
Twitter
Pinterest
WhatsApp
Previous articleDeal with all your bank related work in the next 48 hours, banking services will be affected for 7 days out of 10.
Next articleDelhi: Some improvement in air amid rising pollution, know how long this relief can continue

We spent 2020 completely under the shadow of Corona. Business stopped. It became difficult for people to move from one place to another. Then...
Read more

How To Hire a Right Employee?

Hiring an employee can never be an easy decision to make. You are not just hiring someone who is gonna work for you? Also,...
Read more

From the education of children to the cost of their marriage, investment in the right plan...
Read more

Talking about bee farming, the PM said that we need to adopt different methods of farming....
Read more

1. Be optimistic There should always be optimistic thinking for the future. If you think positively then you create goals and opportunities for yourself. When...
Read more
Load more