Anand Mahindra will get Idli Amma, who sells idli for 1 rupees, home, had earlier got gas connection 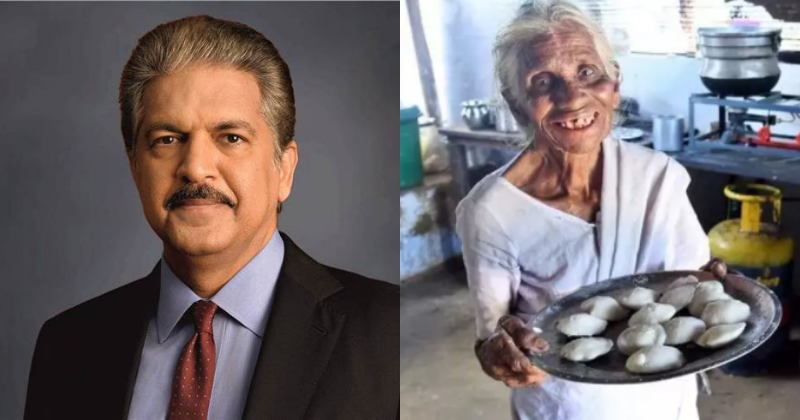 Who does not know about Tamil Nadu Idli Amma feeding 1 rupee idli. Kamalathal Amma of Coimbatore has been feeding idli to her customers for just one rupee for many years. Her fame is as Amma with an idli of one rupee. Idli cooking on wood stove – Kamalathal has crossed the age of 85.

At the time when the first wave of Corona came in the country, even then Kamalathal Amma did not increase the price of her idli. Seeing his goodness, Shef Vikas Khanna sent him a ration. Now once again his name is in the discussion. Mahindra Group Chairman Anand Mahindra has come to her aid and is about to get her a new home.

‘fulfilled what he promised’ happy with the game, Anand Mahindra gifted Natarajan to Mahindra Thar

Some time ago, Anand Mahindra praised Kamalathal Amma’s work and said that he wants to invest in his business. It was only after this tweet of 2019 that her story came out in front of the world and it went viral in the whole country.

Talking to the media in 2019, Amma said that she has kept the price of idli so low that even the laborers can eat it. Anand Mahindra had said to provide an LPG connection to Amma, who was fed Rs 1 per idli with sambar and chutney.

After Anand Mahindra’s tweet, Bharat Gas Coimbatore provided an LPG connection to Amma. About which Anand Mahindra also thanked the company. This time Anand Mahindra wrote in a tweet, writing, Mahindra Group helped to register land in his name to invest in Kamalanthal’s business.

Previous ArticleChhattisgarh: 22 jawans martyred in naxalite attack, 32 injured, 1 missing, naxalites weapon of security personnel
Next Article Open these accounts in the post office or bank for just 500 rupees, even the court will not be able to seize the money deposited in it.