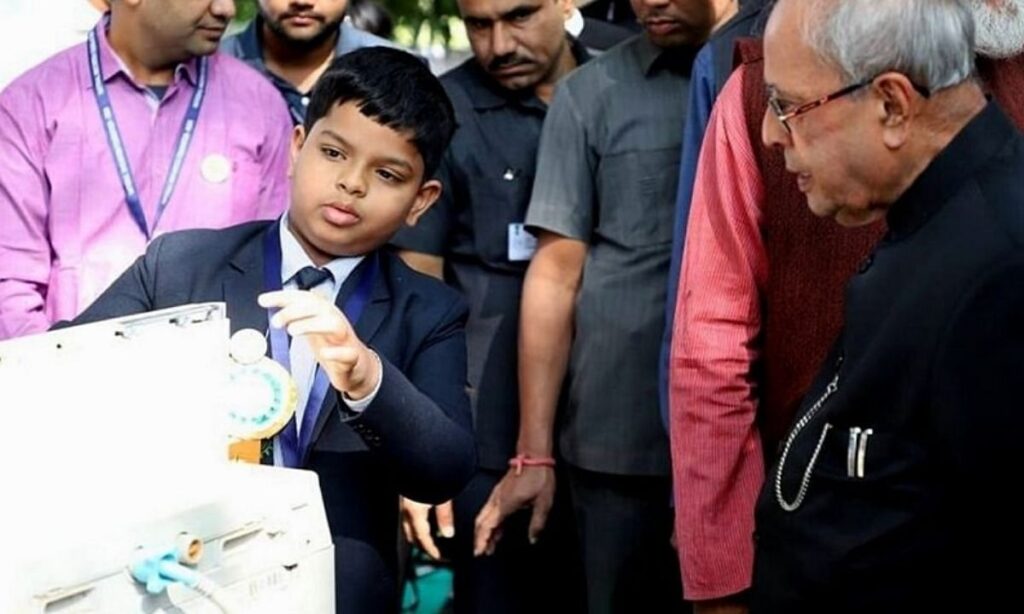 To make children aware of society and the environment at an early age, it is important that we talk to them about these problems. Because, when they get an understanding of these problems, then only they will try to solve them. As this Odisha child did. Residing in Bhubaneswar, 13-year-old Ayushmann Nayak has made a unique innovation to save water, for which he has also received a patent.

Ayushmann’s father, Sambesh Nayak, is an administrative officer in a management school and has always been environmentally conscious. There is always a discussion in their house about all the ways in which they can use the least amount of water. Water is also used very carefully for household chores. He explains, “There is a tank for water on the roof of our house. We use water very carefully for bathing, washing machines and other works. Also, be aware of the falling water level. ” He and his wife, Sucharita, always insist on how to use water sparingly.

Ayushmann is a student of seventh grade and he listens intently to his parents whenever they have any discussion about the correct and poor use of water. Therefore, they too began to think seriously about the declining water level. He started putting different ideas on how to reduce water consumption in his house. Finally, he came up with the idea of ​​a washing machine in which the water containing soap / detergent could be recycle and reused. His invention is the system and method of using recycled soapy water in a washing machine. This invention was presented to the central government.

Investors across the world have increased confidence in India during the Corona period, Rs 3.8 lakh crore came in the first 10 months

He received an ‘Intellectual Property Right Patent’ for his invention. He told The Better India, “My idea was to build a machine in which soap water from the washing machine could be processed and stored. I have been working on this idea since the third grade and for the year 2017, I received the ‘APJ Abdul Kalam Ignite Award’ from the National Innovation Foundation (NIF). ”

Samabesh says that when this award was announced, his family came to know that his son was working on such an invention. He explains, “NIF experts visit her school, KIIT International, every year and encourage students to think and present innovative ideas. Also, applications on these ideas are also accepted. Ayushmann had then submitted two ideas – one for recycling water and the other was to put a wiper in the helmet so that, during the rains, people would see helmets properly. ”

Experts are telling you how to make compost from potato peel

NIF gave shape to the idea:

He said that during his visit to Gujarat for the award ceremony, he was surprised to see that NIF engineers developed a workable version of his idea, which consisted of five layers of filtration system (water purification system). He said, “Engineers explained each filter and explained how these would work. It was interesting to see how hundreds of liters of water can be reused and how much clean water can be saved. ”

The patent he has received is valid for 20 years and is currently in his father’s name in 2021. Ayushmann says, “I got a lot of appreciation from my friends too. More than 69 students received this award and I feel proud to be one of them. ” Ayushmann says that he wants to continue his innovative ideas, to solve daily problems. He said, “I want to become a mechanical engineer and find unique solutions to help the general public.”

INSPIRATION Inspiring inspiring story
Previous ArticleThe mother has not yet been informed that the eldest son of the house has been martyred while fighting the Naxalites
Next Article The mastermind of the Naxalite attack on soldiers in Chhattisgarh, has killed 76 soldiers earlier