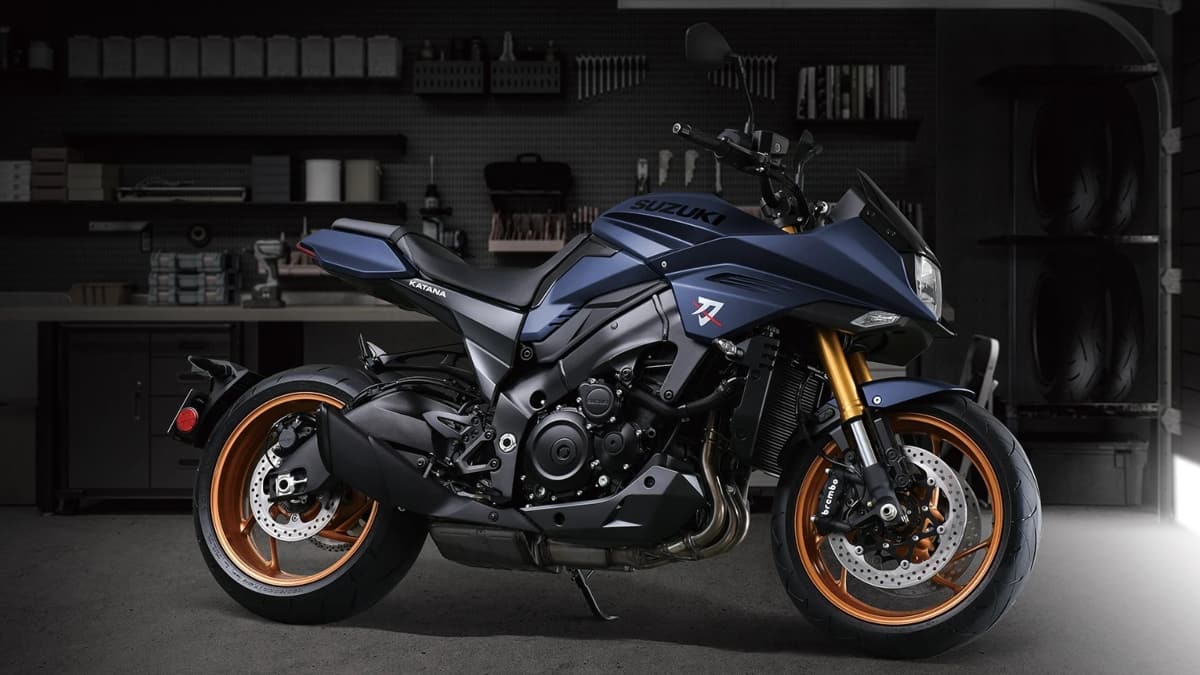 2022 Suzuki Katana: what’s special about it

Suzuki’s current Indian big bike portfolio includes the V-Strom 650 XT and the Hayabusa. The upcoming Suzuki Katana will also join the list now. The new 2022 Suzuki Katana gets several mechanical updates and a few cosmetic changes as well. The motorcycle is offered in a new Metallic Matte Stellar Blue shade (with golden color wheels) and Solid Iron Gray paint scheme (with red color wheels). The Suzuki Katana is powered by a 999cc, inline-4 cylinder engine that generates 150 bhp and 108 Nm of peak torque. The engine comes mated to a 6-speed gearbox.

2022 Suzuki Katana: Other details including features

The updated Suzuki Katana gets a new ride-by-wire system with electronic features including assist and slipper clutch, bi-directional quickshifter, traction control system and much more. It gets USD forks up front and a mono-shock absorber at the rear. When launched, the new Suzuki Katana bike will take on the likes of BMW F 900 XR, Kawasaki Ninja 1000SX.

Don’t rule out a fifth time period for the Tories